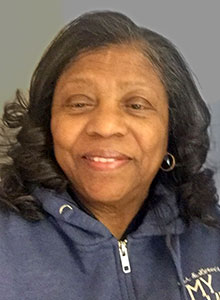 Oscar Micheaux was one of the most prolific black movie directors ever, but the journalist/author/filmmaker battled to make it into the mainstream. Without big backers, he worked with skeletal budgets, doing much of the work himself and working with the actors he could afford. Finally one of his movies got a release at a major cinema, about two years before his death.

Barbara Brown was not involved in the movie world, except as an appreciative audience member. She has worked in travel and real estate most of her career. But a move to a house in Montclair opened a new world to her. Left behind by the previous owner, who had died suddenly, was a huge stash of materials. She read it all, gradually piecing together the chronology and extraordinary story of that owner, Oscar Micheaux. The material is now in the care of the Schomberg Library.