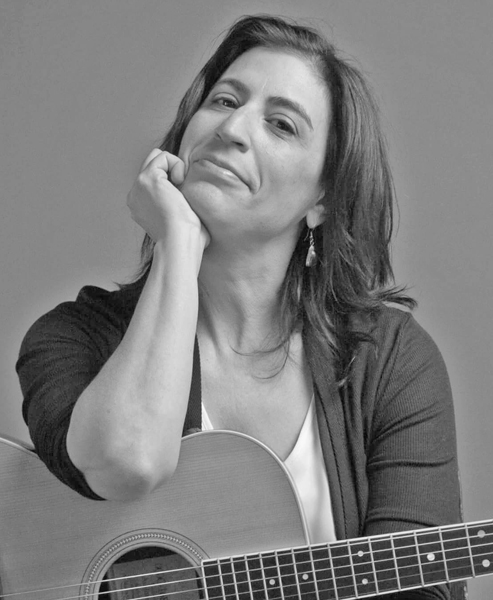 As we explore our place in the world this school year, our first visiting guest for our Educational Initiative is Sharon Goldman.

Growing up in an Orthodox Jewish community on Long Island, Sharon always struggled to fit in. Shy yet outgoing, she wished she could lead songs and prayers in her synagogue, but girls weren’t allowed, according to tradition. Filled with doubts about the rigid structure of her religion and questions about her culture’s history and identity, she often felt suffocated and discouraged. As a disconnected young adult, she eventually abandoned nearly all of the traditions she was raised with. But it was only decades later, as a secular singer-songwriter in an interfaith marriage, did she delve into the unaddressed issues of her youth with a deep artistic exploration. The result was “KOL ISHA (A Woman’s Voice),” an album that is by turns deeply feminist, conflicted, and yearning. The songs document her journey to find her voice as a passionate woman; a lifelong questioner; and a constant seeker. Through this journey, she was able to discover a sense of reconnection to her past — on her own terms. “What’s most striking about Goldman’s song cycle is that it’s as universal as it is rooted in centuries of tradition … a radical departure, and a genuinely brave move for her, an examination of her conflicted roots as a secular Jewish artist raised in the Modern Orthodox tradition.” – Alan Young, New York Music Daily

As a community we will begin together. Then Ms. Blake will take our students to explore the topic through art, literature and song. Our younger students will be supervised with crafts and movement activities while exploring their place in the world. We will come together at the end to share our explorations and enjoy a light snack.

Hopefully you will be with us on the 22nd!