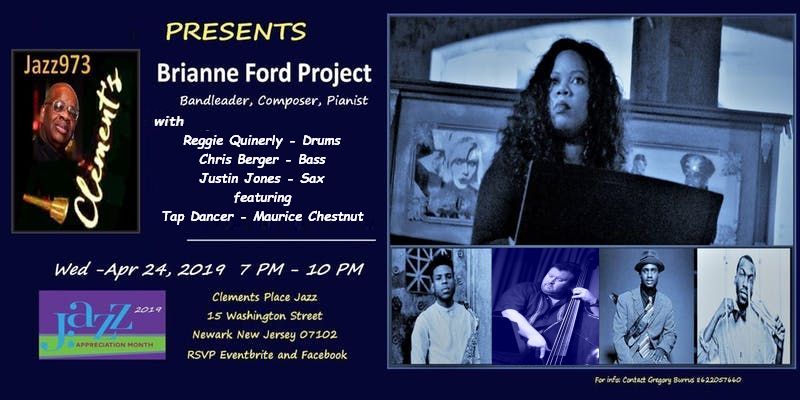 Hailing from New Orleans the birthplace of jazz, Brianne is an accomplished pianist having studied with piano greats Ellis Marsalis, Harold Mabern and the late James Williams. She has graced the stages of both New Orleans and New York City and the world as a band leader and as a side person. From the historic St Nick’s Pub, and Lincoln Center as well as stages abroad Brianne is a musical force to be reckoned with.In 2016 Brianne released her debut album Invocation. Invocation features over five years of original composition, over 20 years of mastery, and boasts an impeccable lineup of women instrumentalists and vocalist. http://www.cdbaby.com/cd/brianneford.

Brianne is also the producer the of Summer 67’ the summer67 .org a live multimedia performance and social media movement that uses curated images live performance to bring awareness to the turbulent year of 1967.