Lawrence Tamburri: The Newark School of the Arts–Our First 50 Years 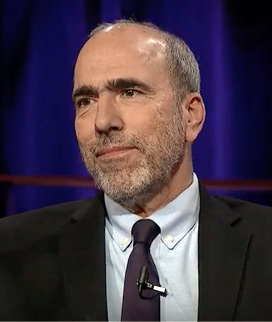 Lawrence Tamburri will describe the history and importance of the 50 years of arts education provided by the Newark School of the Arts.

Starting in 2018, the Newark School of the Arts (NSA) will be celebrating its 50th Anniversary. The School provides high-level training in the performing and visual arts. Since 1968, the school has offered instruction for everyone with an interest in the arts regardless of age, talent and financial resources. [By the way, Stella Lass, one of the school’s two founders, was a resident of Maplewood, as was Steve Shiman, the longest-tenured executive director.]

NSA is a family and community oriented school that has served 46,000 individuals since its inception, and provides education for 800 students each week. [For further information,
see: www.newarkschoolofthearts.org/]

Lawrence Tamburri has been the Executive Director of the Newark School of the Arts since April 2013. He served as President and Chief Executive Officer of the Pittsburgh Symphony Orchestra (PSO) from 2004 to 2011. Prior to joining the PSO, he served in the same capacity for the New Jersey from 1991-2003, as well as Savannah and New Hampshire Symphony Orchestras.

A lecturer in Arts Management at SUNY Purchase, Tamburri has served as a member of the Adjunct Faculty of Seton Hall University’s Graduate Arts Administration program, as well as the Adjunct Faculty of Carnegie Mellon University’s Heinz School of Public Policy. Tamburri was a board member of the South Orange-Maplewood Adult School. Additionally he was a board member, as well as president, of the Newark Arts Council and ArtPride NJ.