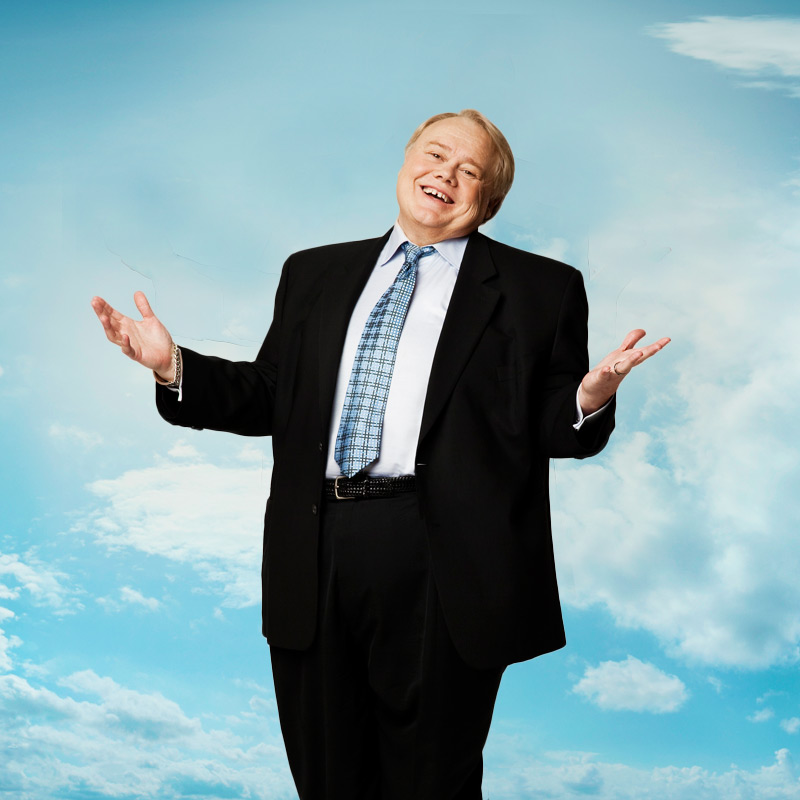 Three-time Emmy Award winning comedian Louie Anderson is one of the country’s most recognized and adored comics. Named by Comedy Central as “One of 100 Greatest Stand-Up Comedians of All Time” Louie’s career has spanned more than 30 years. He is a best-selling author, star of his own standup specials and sitcoms, and he continues to tour the country performing to standing room only crowds worldwide.

In 2016, Louie Anderson was cast to costar along with Zach Galifianakis and Martha Kelly in the hit FX series, Baskets. Anderson’s extraordinary new role is Christine Baskets, matriarch of the Baskets family. The character is based on both his mother and his five sisters, who were a major presence in his life. Sharing the ups and downs of his childhood experiences as one of eleven children in Minnesota, Louie crafted comedy routines that rang true for his early club audiences while reducing them to helpless fits of laughter.

Louie made his national television debut with Johnny Carson on The Tonight Show in 1984, and the rest is history. Leno, Letterman, The Late Late Show with Craig Ferguson, Comic Relief, Showtime, HBO and CMT specials followed, including hosting the legendary game show, Family Feud, making Louie a household name and opening doors for him as an actor. He has guest-starred in sitcoms like Grace Under Fire and dramas like Touched by an Angel and Chicago Hope, and he has had memorable featured roles in film comedies like Coming to America, opposite of Eddie Murphy, and the classic Ferris Bueller’s Day Off.

In 1995 he launched the long-running Saturday morning animated series Life with Louie which won two Emmy Awards and three Humanitas Prizes for writing on a children’s’ animated series. In 2013, he took a dive on the ABC reality series, Splash where he conquered his own fears while becoming an inspiration of hope. His standup special, Big Baby Boomer premiered on CMT in 2013 and in the same year he also competed in the ABC reality competition show, Splash.