Marlow Taybron: What About Our Children! 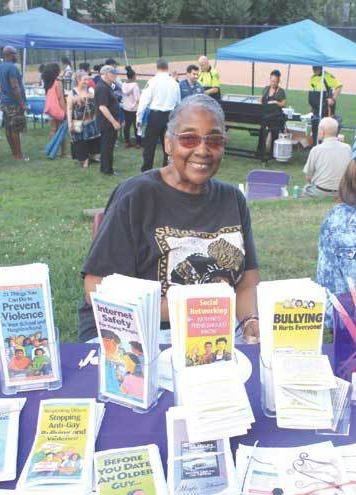 Marlow Taybron will speak about our alienated youth, their anger with the system and the disaffection she sees in young people.

Ms. Taybron is a certified domestic violence advocate for South Orange and Maplewood. “I attended public safety meetings as the civilian liaison for the South Orange Maplewood Domestic Violence Response Team,” a 24-hours-a-day, 7-days-a-week program created to assist victims of domestic abuse. Team members are specially trained volunteers who will be called upon by the Police Departments to assist victims at the police station by providing them with support and information. The goal of the program is to provide victims with the knowledge to make informed decisions based upon the options available to them.

“I was recruited by the Babyland organization, of Newark, NJ, to become a Domestic Violence Advocate. After required background, fingerprinting and a 40-hour course, in 2009, I received my certification. As a resident of South Orange, I volunteered as a Domestic Violence responder. My goal was to help victims in crisis. When the SO/Maplewood police would receive a Domestic Violence call, one of the members would be called to provide round the clock assistance with support, information about restraining orders, shelters, counseling and more.”

“My focus has always been abused children. I was verbally, physically and sexually abused as a child most of my childhood. In today’s world, as a mother of five children and five grandchildren, all I can do is share information that may help them in this not so pretty world. We as adults must remember, with many abused kids, violence begins in childhood and ends in adulthood.”— Marlow Taybron