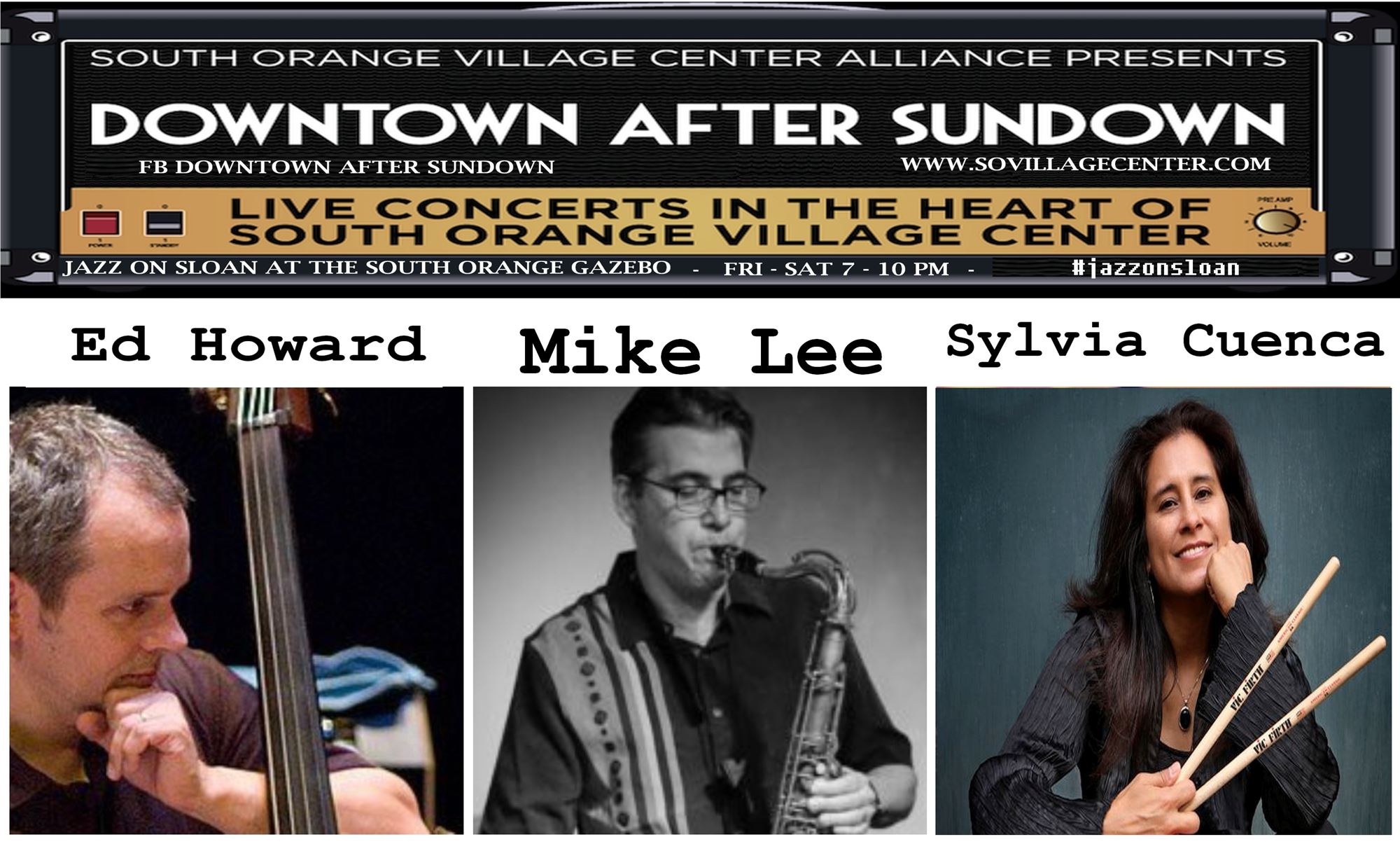 Ok you hard core Downtown After Sundown Jazz Fan. We are bringing some serious professional Jazz musicians to the Jazz On Sloan at the South Orange Gazebo Venue. Gracing our stage will be non other than Saxophone Master Mike Lee – current associations include The Jimmy Heath Orchestra, The Dizzy Gillespie Orchestra, Wallace Roney’s Universe Orchestra, The Oliver Lake Big Band, The Loston Harris Trio and many more. As usual Mike brings to us the awesome Bassist Ed Howard who spent fifteen years as Roy Haynes’ bassist and the phenomenal drummer Sylvia Cuenca who has performed with saxophone legend Joe Henderson for 4 years and trumpet legend Clark Terry for 17 years amongst many other luminaries. Grab your lawn chair come on out as the South Orange Gazebo is absolutely gonna be jumping all night long. Hope to see you there.

Mike Lee
Originally from Cleveland, Ohio, saxophonist Mike Lee has established himself in the New York City/Northern New Jersey area for many years. He balances a thriving performing career with a distinguished teaching resume. He performs regularly in New York City as a member of a wide array of jazz ensembles. His current associations include The Jimmy Heath Orchestra, The Dizzy Gillespie Orchestra, Wallace Roney’s Universe Orchestra, The Oliver Lake Big Band, The Loston Harris Trio, The Nat Adderley Jr. Quartet, Josh Evans Big Band, Dave Stryker, Frank Lacy, TS Monk, and The Roy Hargrove Big Band. He performs regularly at venues such as The Bluenote, Dizzy’s Club Coca-Cola, Smalls, The Jazz Gallery, Fat Cat, and Bemelman’s Bar at the Carlyle Hotel. Recent tours have takenhim up and down the East Coast, to California and Beijing, China.

Mike Lee is Professor of Jazz Saxophone at The John J. Cali School of Music at Montclair State University. In 2009, Lee helped found and develop Jazz House Kid’s in-house jazz education program. As the instructor of the first class at the Jazz House and Director of the JHK Summer Workshop he oversaw the growth of the program from one class to a thriving jazz school. Mike’s private students have also excelled winning national awards from the Grammy Band, Next Generation Jazz Orchestra, Downbeat Magazine, and Young Arts. He has had several students go on to attend The Juilliard School, Berklee College of Music, Manhattan School of Music, William Paterson, Rutgers, Miami University, and Northwestern University. Lee has presented clinics and workshops throughout the country. Mr. Lee is endorsed by Conn-Selmer saxophones and Vandoren mouthpieces/reeds.

Lee’s musical accomplishments are shared and enjoyed by his musical family. Along with his wife, Violinist Rebecca Harris-Lee, they are raising three active young musicians. Their oldest son, saxophonist Julian, a graduate of The Juilliard School, has a thriving career in and around New York City having performed with ensembles including the Mingus Orchestra and the Jazz at Lincoln Center Orchestra.