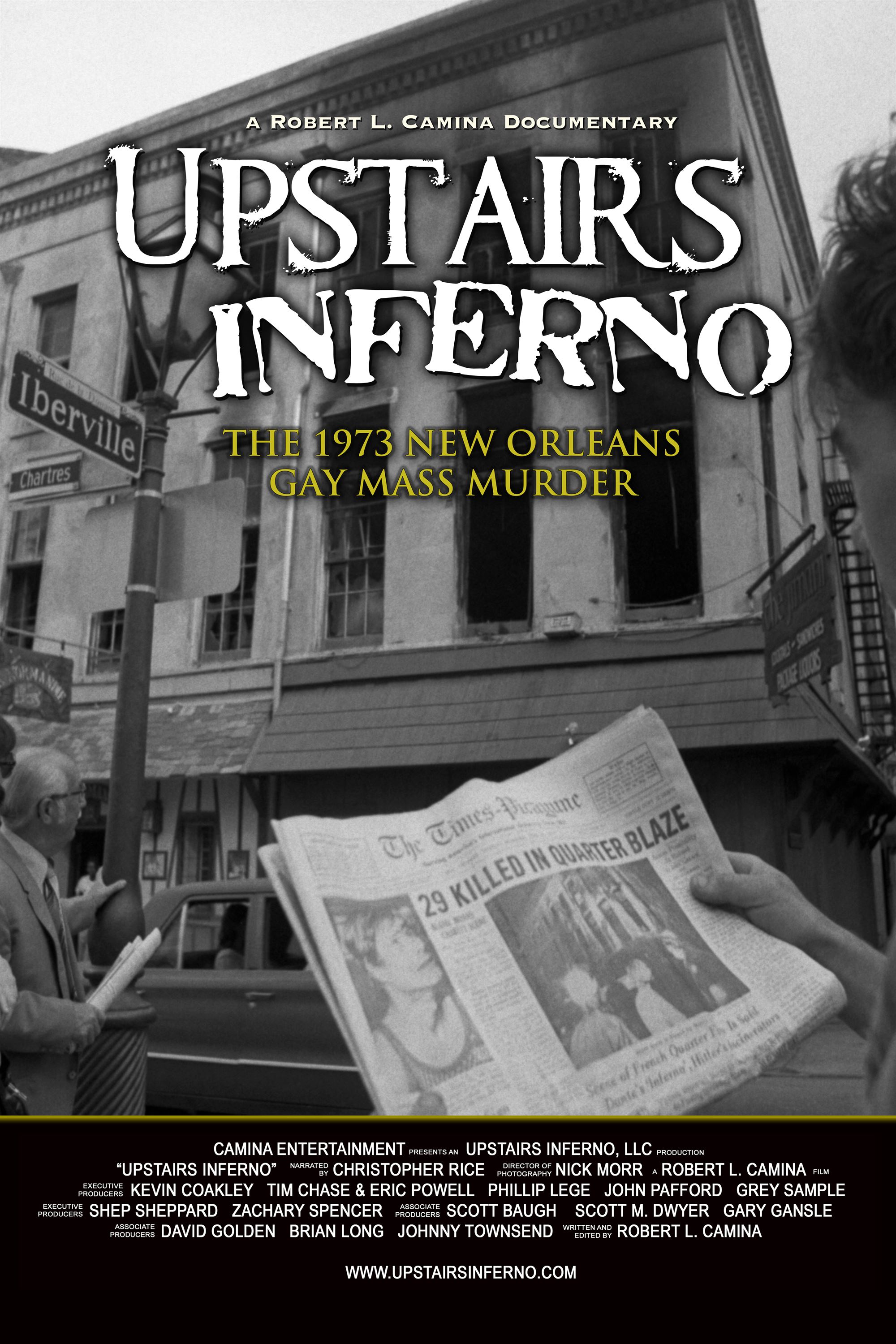 On June 24, 1973, an arsonist set fire to the Up Stairs Lounge, a gay bar located on the edge of the French Quarter in New Orleans, Louisiana. For 43 years, the deadly fire was the “Largest Gay Mass Murder in U.S. History”. Despite its staggering historical significance, few people know about the crime. The tragedy did not stop at the loss of lives. There were also the delayed injuries: lost jobs, fear, public ridicule and severed families. The devastation was compounded by the homophobic reactions and utter lack of concern by the general public, government and religious leaders. The fire permanently altered lives and was the root of many lifelong struggles. Featuring interviews from survivors, witnesses and friends/families of victims, UPSTAIRS INFERNO is the most comprehensive and authoritative film about the nearly forgotten tragedy and its aftermath. However, UPSTAIRS INFERNO isn’t simply a stagnant exposition of facts. UPSTAIRS INFERNO brings humanity to the headlines by shining a light on the very painful effect the tragedy had on the people left behind.