From the Maplewood Department of Recreation & Cultural Affairs and Words Bookstore:

Author and music educator Tricia Tunstall, a long-time resident of Maplewood, has published a new book, Playing For Their Lives: The Global El Sistema Movement For Social Change Through Music, co-written with Eric Booth.

The book launch celebration will include short readings and remarks by the authors, book signings, light refreshments – and a special treat: an ensemble performance by children who come from across the state.

Tunstall is a passionate advocate for music and arts education, and the new book, published by W. W. Norton & Co., is her third on the subject of the power of music in young people’s lives. 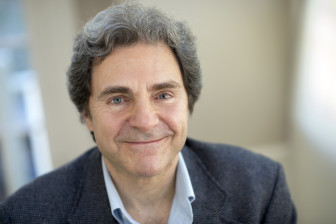 Playing For Their Lives tells the story of the global spread of a new idea: that playing and singing together can help create better life possibilities for children and young people in difficult circumstances. From the favelas of Brazil and the slums of Kenya to remote hamlets in Rumania and Maori villages in New Zealand, musicians with strong social consciences are leading these initiatives, convinced that the joyful, rigorous pursuit of ensemble music-making can be a force for positive change in the lives of children, their families and their communities.

The idea has its roots in El Sistema, a program that began in Venezuela 41 years ago. “When you put a violin in the hands of a child,” says El Sistema’s founder, José Antonio Abreu, “that child will not pick up a gun.”

Tunstall and Booth traveled to over 25 countries to see and report on El Sistema-inspired programs where music blooms in some of the world’s bleakest and most destitute places. Their book combines vivid story-telling and reflective analysis.

The El Sistema idea is alive and strong right here in New Jersey!   At the book event, children from the El Sistema New Jersey Alliance, a network of programs across the state, will perform and will speak about their experiences in the program.

Tunstall has been involved in local music and cultural affairs ever since she moved to Maplewood in 1991. She has been general music teacher at Jefferson School, Cultural Affairs director, founder/chairperson of the Maplewood Arts Council – and piano teacher of many, many children of Maplewood/South Orange and beyond. Her co-writer and life partner Eric Booth is an arts education consultant who works with Lincoln Center, Carnegie Hall, Juilliard, the Kennedy Center, and many other major arts organizations across the country and abroad.

Thursday, September 22nd 7-8 PM at The Woodland, 60 Woodland Road, sponsored by the Maplewood Department of Cultural Affairs and Words Bookstore.