The following is from Midtown Direct Rep.

Midtown Direct Rep (MDR) continues its 2015-16 Theater in the Loft series at the South Orange Performing Arts Center (SOPAC) with a staged reading of What God Hath Wrought! ~ A Transatlantic Farce, written by John Walch, with songs by Rachel Peters.

This reading, directed by Shana Gold, will be performed for one night only on Sunday, November 15, 2015 at 7pm at SOPAC (One Sopac Way, South Orange, NJ, 07079). The reading is $15 and open to the public. Tickets can be purchased at www.sopacnow.org or by calling 973-313-ARTS (2787). For direct link to purchase tickets, please Click Here.

SPECIAL EARLY BIRD Discount $5 OFF if you use code MDREarlyBird to purchase tickets before Nov. 7th 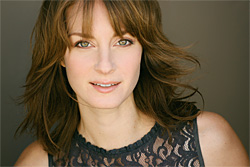 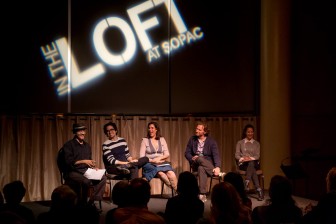 About Playwright John Walch
John Walch’s plays include In The Book Of, Tea-Totaled, The Dinosaur Within, Circumference of a Squirrel, The Nature of Mutation, Jesting with Edged Tools, Craving Gravy or Love in the Time of Cannibalism, Alice Threw the Looking Glass (a parody of Strunk and White’s The Elements of Style), Iraq: A Love Story, as well as numerous one acts, collaborations, and shorts. His plays have been produced at theaters such as Center Theatre Group (Mark Taper Forum), Actors Theatre of Louisville, Alabama Shakespeare Festival, Playwrights Theatre of New Jersey, Barter Theatre, Theatre @ Boston Court, Kitchen Dog, Florida Studio Theatre, New Jersey Rep, Edinburgh Fringe Festival, and Off-Broadway at Urban Stages. His work has been developed or commissioned through The Public Theater, Manhattan Theatre Club, Bricolage Theatre, New Harmony Project, The Playwrights’ Center/PlayLabs, and the Theatre Royal Haymarket in London.

Awards include: Kennedy Center Fund for New American Plays; the American Theatre Critics Association’s Osborn Award; the Frederick Loewe Award in Musical Theatre for DoubleTime, the Charlotte Woolard Award from the Kennedy Center recognizing a promising new voice in the American Theatre; the Marc Klein Playwriting Award; and three Austin Critics Table Awards. John is a two time Sloan Fellow, and was a James Michener Fellow at the Michener Center for Writers at University of Texas at Austin, where he earned his MFA in Playwriting. John served as artistic director of Austin Script Works, and has taught playwriting at UT at Austin, University of Iowa, and Bennington College, among others. John is a resident playwright of New Dramatists.

About Theater in the Loft