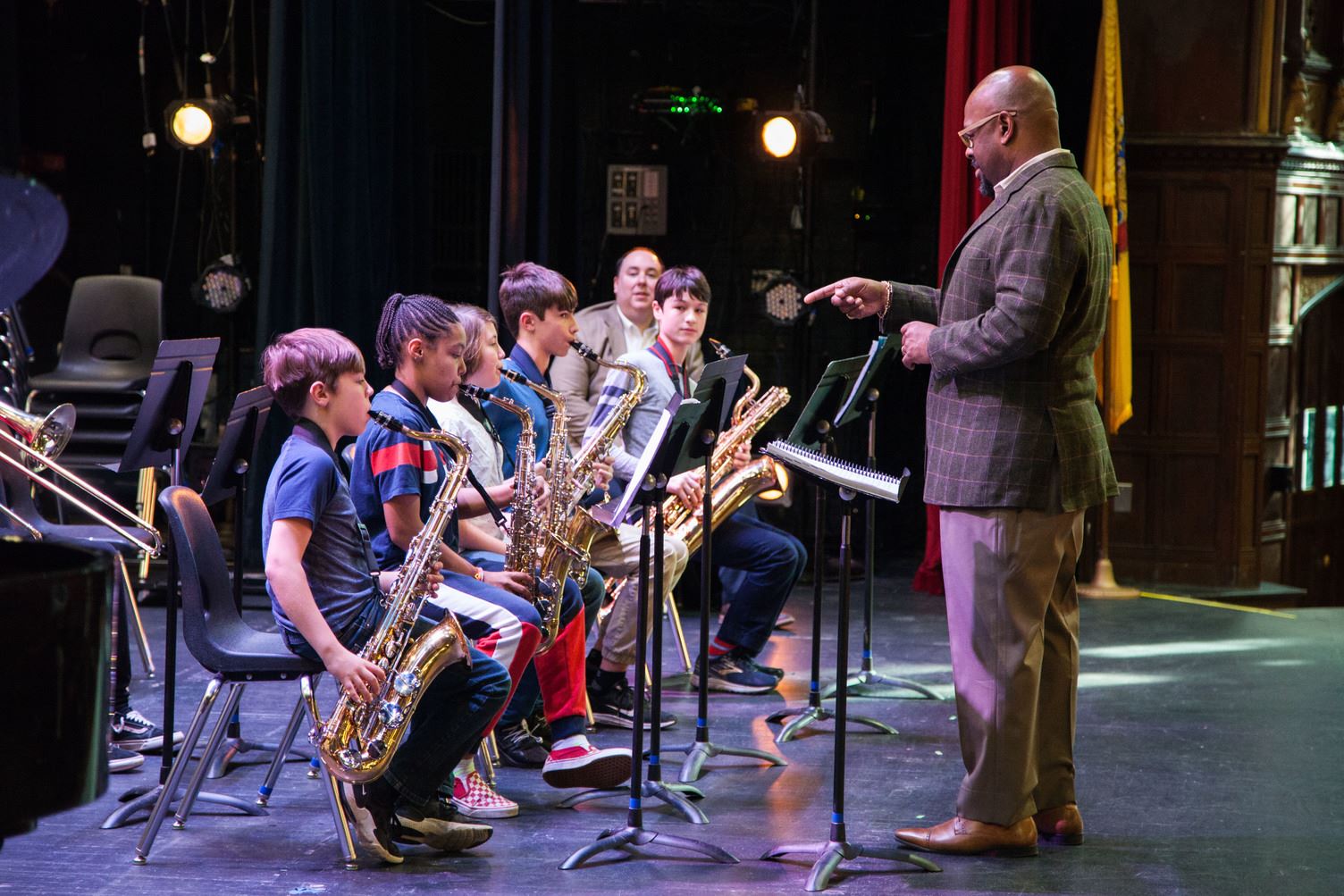 Six-time Grammy-winning jazz bassist Christian McBride interacted with student ensembles addressing a range of topics tailored to help students improve musicianship, ensemble blending, rhythm section support and comping.  At one point McBride, who plays numerous instruments, jumped on the drum set and modeled what he called “feathering” with the kick drum to help support a walking bass line. Student drummers all had an opportunity to try out feathering with the ensemble and an overall improvement in the rhythm section glue was immediately noticed.

The session concluded with a 15-minute Q&A period where student questions predominantly centered around improvising strategies and improving soloing techniques. McBride’s suggestions included students listen to great solos and copy playing those solos, learn what scale notes to play over different chords as they begin to develop their jazz language, and play fluid linear phrases that tell a story rather than a few unconnected notes.

McBride can be likened to a force of nature, fusing the fire and fury of a virtuoso with the depth and grounding of a seasoned journeyman. With a career now blazing into its third decade, the Philadelphia native has become one of the most requested, most recorded, and most respected figures in the music world today. He currently hosts “The Lowdown” on SiriusXM and NPR’s “Jazz Night in America.”