Lexann Pharmacy and Wellness Center will replace Topf’s Pharmacy, which is shutting its doors on Springfield Avenue and Prospect Street after many years in business. 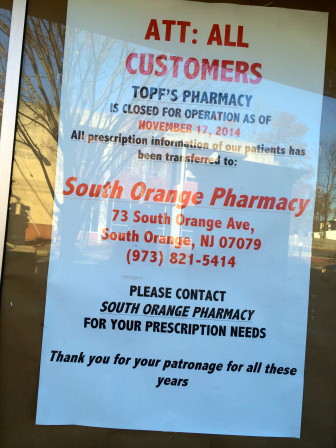 The new owner, Alexander Owolabi, said he hopes to open around Dec. 4. The pharmacy will have all basic services, and as time goes on, “we’re going to introduce a lot of health awareness programs,” Owolabi said.

Owolabi said he frequently drove on Springfield Avenue passing through Maplewood, and when the opportunity came up to open a store, “I decided to jump on it.”