The following is from WSOU 89.5 FM at Seton Hall University: 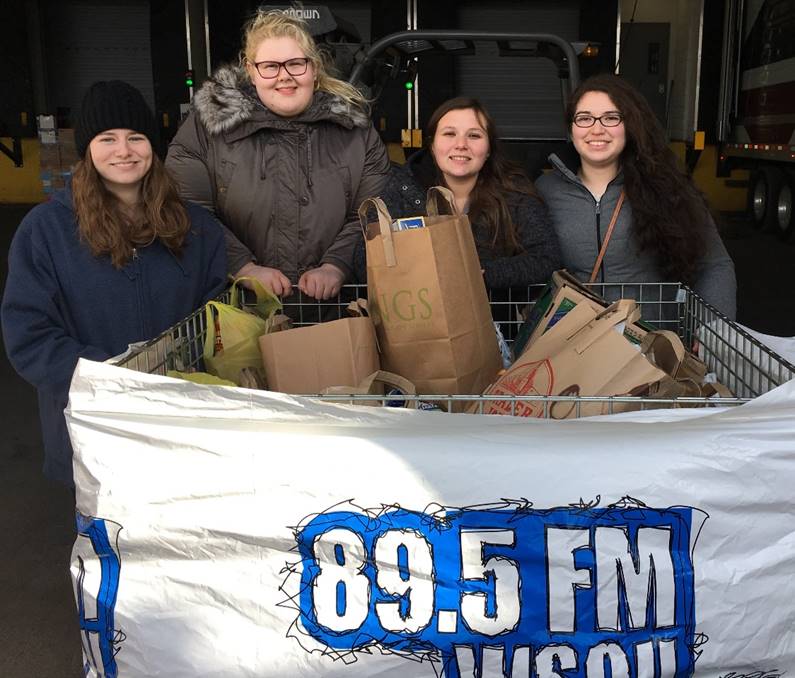 As part of its commitment to community service, student-run WSOU 89.5 FM at Seton Hall University once again participated in the “Students Change Hunger” program, collecting 640 pounds of food for the Community Food Bank of New Jersey.  The haul was 300 pounds more than was collected by the station last year and is the largest amount of food the WSOU has gathered since it began its annual food drive.

WSOU kicked-off its 2016 food drive on Nov. 4 as part of the station’s College Radio Day activities. Through early December, the station collected donations from students, faculty and staff.

“It is gratifying to see how committed the students of WSOU are to helping the hungry right here in our community,” said Station Manager Molly Meller. “We almost doubled last year’s donation totals and as the station expands its efforts in the years ahead, I am confident WSOU will see its donations increase annually.”

The station’s participation in “Students Change Hunger” included on-air interviews and PSAs to raise listener awareness about hunger in New Jersey and how listeners can help. “More than 1.3 million people in New Jersey require food assistance and it’s a major problem nationwide,” noted News Director Katie Fatzler. “Factor in New York City and there are many people in our listening area impacted by not having enough to eat.”

WSOU General Manager Mark Maben is impressed by how rapidly this student-led effort has grown. “It was just in the fall of 2014 that a student came up with the idea for the station to conduct a food drive,” Maben said. “In a short time, our participation in Students Change Hunger has become part of WSOU’s culture and demonstrates our commitment to serving those in need.”

WSOU, which began broadcasting in 1948, was the first college FM radio station in New Jersey.  Celebrated for its loud rock format and coverage of Seton Hall athletics, WSOU’s signal reaches all five boroughs of New York City and much of northern and central New Jersey, and is available on iHeartRadio.  The station is the 2016 winner of the Marconi Award for noncommercial Station of the Year.  More information about the station can be found online at www.wsou.net and www.facebook.com/WSOUFM.