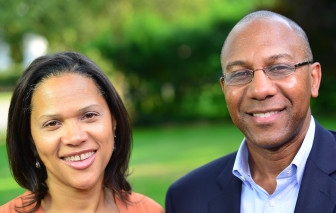 I am writing in support of the candidacy of Stephanie Lawson-Muhammad and James H. Davis III. I am a young adult living in Maplewood and a proud product of South Orange and Maplewood School District. I attended Tuscan, Maplewood Middle School and graduated from Columbia High School in 2010.

After growing up in the district and coming full circle to being employed by the district during the 2015-2016 school year, I have a very well rounded view of the dynamics in our school district. From a social worker’s perspective I am so pleased to hear Stephanie and James’ passion concerning our culture and climate, as well as tracking, which results in the disproportionate assignment of students of color to lower academic levels, and the pre conceived expectations for failure of young students of color. This results in removal of students from the school district by parents who can afford enrolling them in private institutions for middle and high school education.

In our district, academic and performance expectations should be the same for every student. Stephanie and James fully understand and embrace this concept. Stephanie brings several years of knowledge and experience working on the school board to her candidacy, while James also displays a thoughtful and knowledgeable approach to the issues faced in the district. I believe that both candidates will work towards making our school system better for all children in Maplewood and South Orange.

I strongly encourage you to join me in casting your vote for Stephanie Lawson-Muhammad and James H. Davis III on November 8th, 2016!