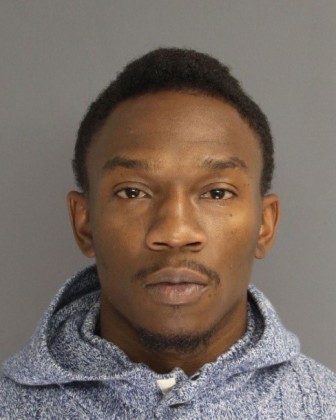 Stevenson Valentin, 28, of Maplewood has been charged and arrested in connection with the murders of Marcus Milien, age 1, and Morlens Milice, age 21, of Orange.

The shooting and murder of the toddler and his uncle on Cleveland Avenue in Orange on November 3 rocked Essex County.

According to Acting Essex County Prosecutor Carolyn A. Murray and Orange Police Director Todd Warren, Stevenson was charged with two counts of Murder, Possession of a Weapon, Possession Unlawful Purpose and two counts of aggravated assault on the two other shooting victims on the same day.

Stevenson was arrested in Newark during a traffic stop by Newark Police.

Stevenson’s bail has been set at $1,000,000 with no 10 percent by Essex County Superior Court Judge Richard T. Sules.  His is currently being held at the Essex County Correctional Facility in Newark.