A Columbia High School teacher is calling for an independent investigation into a July 5 incident of alleged racial profiling and police brutality involving the Maplewood Police Department.

The teacher, TJ Whitaker, the founder of CHS’ MAC Scholars as well as the MAPSO Freedom School, claimed that after a July 5 fight following the Maplewood fireworks (which had been postponed from July 4 due to poor weather), a group of teenagers were walking down Valley Street when they were diverted by police barricades onto Parker Avenue – away from their homes in South Orange.

At the September 20 Maplewood Township Committee meeting, Whitaker said police “herded” the teens up Parker Ave., across Suffolk, and down Midland toward Boyden Park. As the group attempted to head back to South Orange, police pepper sprayed at least one of them and “….some had bruises derived from some type of physical contact.”

Mayor Vic DeLuca told Whitaker that the town was aware of the incident, but “…there are certain things we can and cannot say publicly….”

Whitaker first made the allegations public at the August 22 Board of Education meeting, when he also alleged an incident of racial profiling by the South Orange Police Department against an African-American man on the night of the July 12 #NotInOurTwoTowns event at South Orange Middle School. That incident is under investigation by the SOPD internal affairs unit, according to Chief Kyle Kroll.

In the initial reporting of the July 5 Maplewood incident, Maplewood Police Sgt. Christopher Black said that police officers were attempting to disperse a large group of disorderly teens after the fireworks. When some of the teens reportedly resisted and refused to leave the area, officers from Maplewood as well as the South Orange and Irvington Police Departments tried to escort the group on foot and in patrol cars through several streets “to attempt to prevent further incidents,” Black said.

Police arrested three teenage boys from South Orange, two 15-year-olds and a 16-year-old, and one 16-year-old boy from Maplewood and charged them with a variety of counts including disorderly conduct, obstruction of the administration of law, resisting arrest, and aggravated assault on a police officer. The crowd eventually dispersed in the area of Elmwood Avenue near the Irvington border, said Black.

Conversely, some witnesses claim that when the teens came to the Elmwood Ave. area, police “instigated” a fight with some of them. Tweets and video posted from that night appears to show some of the altercation, and one girl can be heard saying, “They just pepper sprayed everyone for no reason.”

An incident report released by Maplewood Township in response to an Open Public Records Act (OPRA) request made by The Village Green describes a timeline related to the movement of the crowd in the area of Valley St. and Crowell Place and arrests made.

According to the police incident report, officers attempted to disperse a crowd of 150-200 teenagers and young people who were “running north on Valley” when some of the teens began to fight each other. After officers tried to break up a fight between two girls, a group of 10-15 people “began to rush at Officers.”

After one officer “yelled multiple orders” for the group to disperse and they did not, the officer “feeling…the safety of the other Officers were in danger …began to use [pepper spray] on the group and were then able to break up the two females.”

One of the women, a 21-year-old Newark resident, was taken to Beth Israel Hospital. Another, who said her eyes were burning, was evaluated by the South Orange Rescue Squad but refused further medical attention.

The Township attorney denied a second Village Green OPRA request calling for the release of audio recordings of the incident and details on what took place at the Irvington border later in the incident, saying it is “part of an active investigation.”

Meanwhile, Whitaker is appealing the denial of his OPRA request. “Our community deserves better,” he said in his statement to the TC. “The political leadership of this community has been totally silent around the harassment of young black lives.”

He continued, “… it is highly unlikely that the July 5th actions on the part of law enforcement took place without the knowledge and support of department supervisors. An independent investigation would allow all parties involved, the people and the police, to come forward and speak their truth. To do anything less is to sell out black lives, and add another layer of fear and distrust between our young people and the police that no cup of coffee can overcome. “ 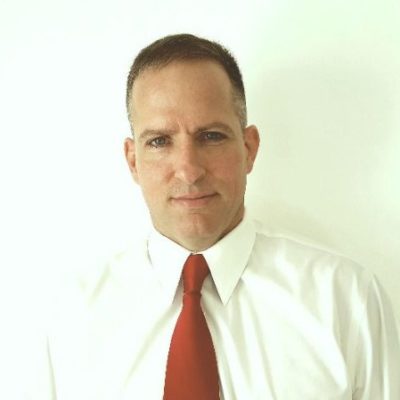