The following is from St. Joseph’s CYO: 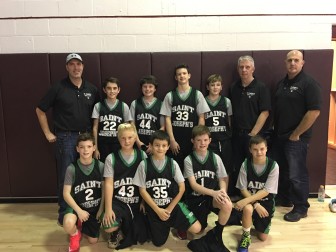 The St. Joseph CYO 6th grade Green Team kicked off their season with a 50-45 victory over St. Patrick’s of Chatham at the 8th Annual St. Peter’s Prep CYO invitational in Jersey City.

Leading by 1 at the end of the 1st quarter, the Celtics broke the game open in the 2nd quarter building a 23-9 halftime lead. In the second half, the Celtics turned to their full-court press to secure the game following a run by St. Patrick’s that had cut the lead to 4.The Celtics built the lead back up to 18 points before a furious 4th quarter rally by St. Patrick’s brought the final margin down to 5 points.

Brendan Dawkins paced the Celtics with 16 points and added 4 assists. Game MVP Patrick Campbell ran the point for the Celtics and tallied 14 points and 3 assists scoring on an array of jumpers and spinning drives to the basket. Mike Pirone added a double-double with 14 points and 12 rebounds, and added 4 blocked shots and 3 assists. Max Larson, Nicholas Alexander and Danny Guarnieri also scored for the Celtics and William Walsman, Owen Holt and Liam Laskowski contributed to the strong defensive effort. 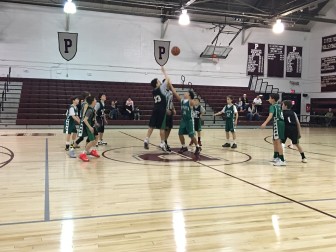 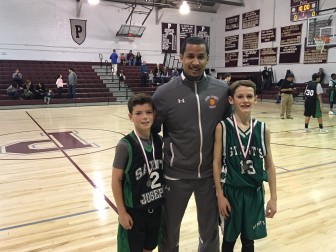