The South Orange Farmers Market was the scene of even more excitement than usual this Wednesday, as Village officials received a special proclamation from the governor’s office. 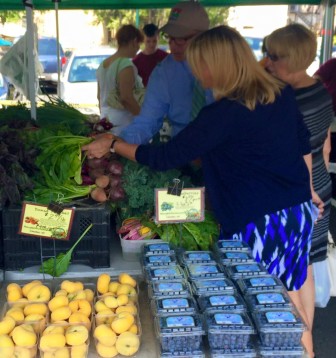 The market was chosen this year to commemorate National and State Farmers Market Week, which encourages residents to support their local farmers markets and local agriculture. 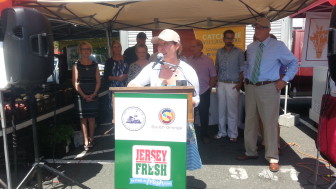 Afterwards, the officials toured the market. 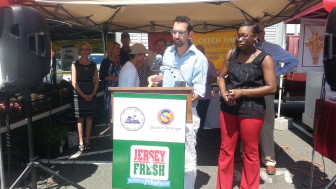 South Orange Village Alliance Center Vice Chair Ben Salmon told the crowd the town has been building up the market in the past year and that the community was proud of what it had become.