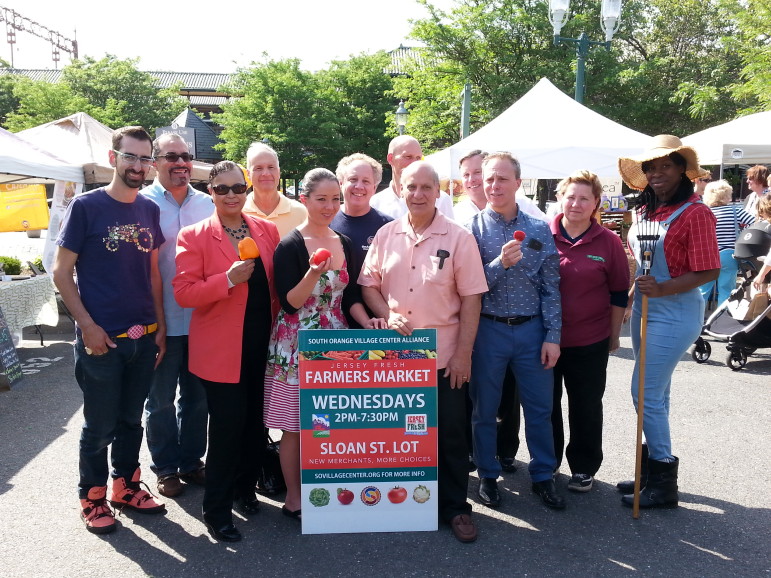 The South Orange Farmers Market opened for the season on Wednesday, featuring a host of new vendors as well as several old favorites.

Village President Sheena Collum kicked off the market’s launch by taking a ceremonial bite of a ripe, Jersey tomato. (The official act was caught on video by South Orange Village Center Alliance chair Matt Glass; see it on the SOVCA Facebook page). 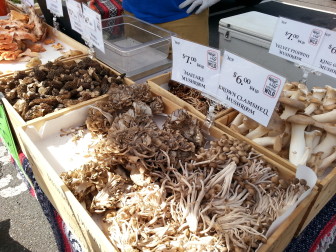 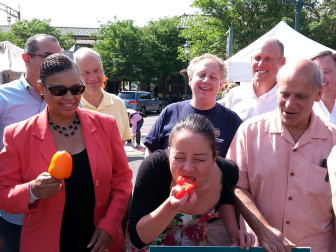 Village President Collum takes a bite out of a Jersey tomato

Located in the Sloan Street parking lot adjacent to the train station, the market runs every Wednesday through October from 2 to 7:30 p.m. 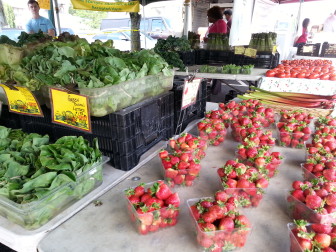 Joining vendors including Stony Hill Farms, Alstede Farms, and Hoboken Farms are some new names such as Dining Wild, selling fresh wild mushrooms and organic cultivated mushrooms, and The Pie Store from Montclair, with delicious sweet and savory pies. 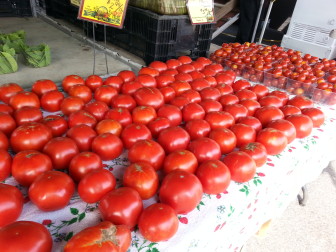 Other vendors will be there on select dates, including Jersey City Veggie Burgers, Glenmalure Farms from Sussex County and Nicola’s Pasta Fresca.