written by The Village Green May 30, 2014
0 FacebookTwitterPinterestEmail 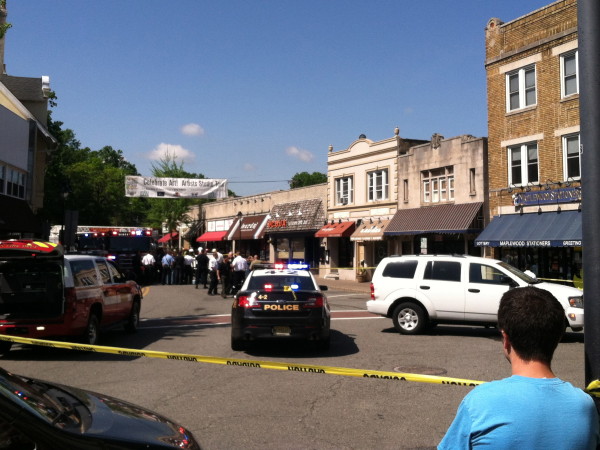 One man was killed and another seriously injured in a partial building collapse at Coda Kitchen and Bar in downtown Maplewood Friday morning, according to News12 New Jersey and other reports.

The collapse occurred this morning in the basement of the building at 177 Maplewood Avenue, reports said, when three construction workers were on the site. The popular restaurant had recently been undergoing excavation work to build an internal staircase into the basement, according to one of the restaurant’s managers last week.

The injured worker was taken to University Hospital in serious condition, while a third worker was uninjured, reports said.

Response teams from around central and northern New Jersey were on the scene and were working to secure and inspect the building. 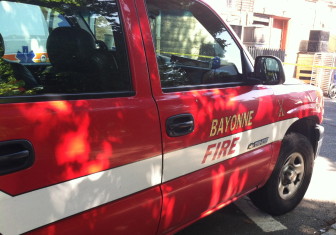 Emergency vehicles from throughout the region were on scene. Credit: Mary Mann, The Village Green.

Local business operators and shoppers stopped to watch the response from the corner of Inwood and Maplewood. Residents reported hearing the sound of news helicopters circling throughout the morning.

Principal Jeff Truppo sent an email to parents of students at nearby Maplewood Middle School on Baker Street, telling them that the school was not in danger but that he had “been asked to keep all students and staff in the building because of the volume of emergency vehicles.” 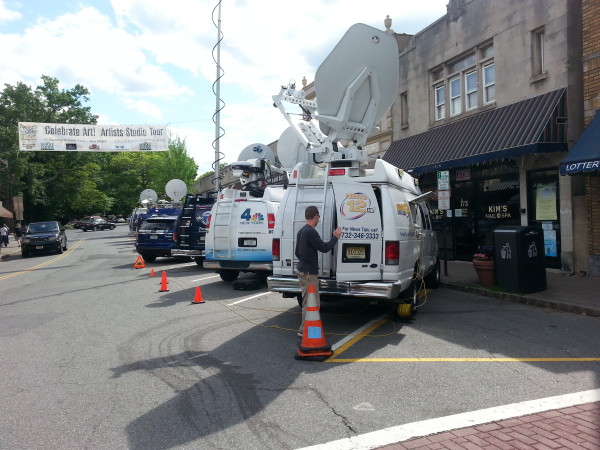 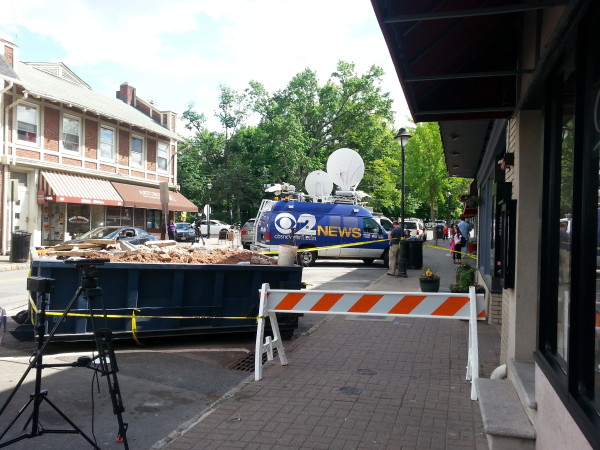