The following is written with information from Sandy Foster, one of the letter writers:

On January 21, millions of people marched in cities across the country and the world in protest of Donald Trump’s election and to promote women’s rights. Over 30 buses were dispatched to DC from the South Orange-Maplewood area along with many residents attending local and state sister marches.

On Tuesday, in response to comments made by Kellyanne Conway, formerly Trump’s campaign advisor and now one of his counselors, that she “didn’t see the point” of the marches, a group of women from Maplewood, South Orange, and Millburn gathered at a “Women’s March Postcard Party.”

The meeting invitation read: “Come write a letter to Kellyanne Conway…who indicated that she didn’t understand the purpose of the march and that if we had something to say to her or Trump, we can just ask to meet with them. So we are going to send letters explaining our thinking and asking to meet with them.”

One letter read, “Dear Kellyanne Conway, I am writing to you to explain why there was a women’s march at the start of Donald Trump’s presidency. I find it hard to believe you are being truthful when you say you didn’t see the point, but in case I’m wrong, I’m going to help you out with this. We protestors disapprove of much of Trump’s agenda, his behavior, his lack of ethics, his lack of any valuable experience, his meanness, his prejudice, his sexism, and his handling of his candidacy, his transition, and his first day in office.”

Another stated, “I marched in DC because I don’t think this administration values my opinion + those of my daughter. I will march until my daughters’ reproductive rights are secure. Thank you for listening.”

Stationery and stamps were provided and those who could not attend the event were informed to send their letters to
“Attn: Kellyanne Conway, c/o The White House, 1600 Pennsylvania Ave NW, Washington, DC 20500.” 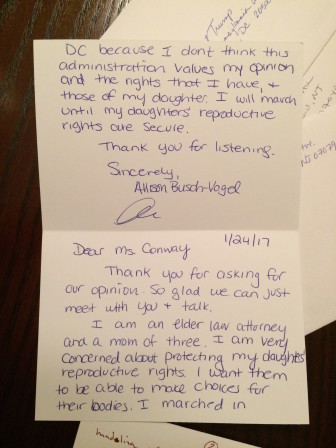 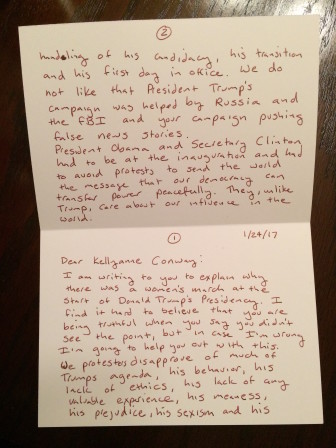 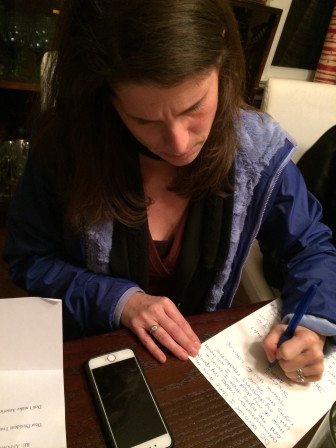 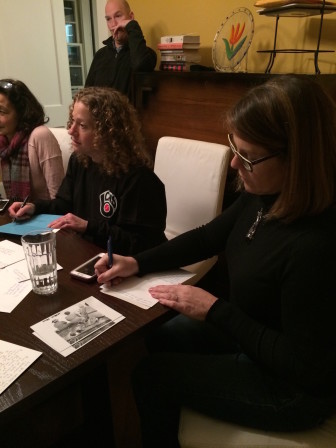