The Understory with author Pamela Erens 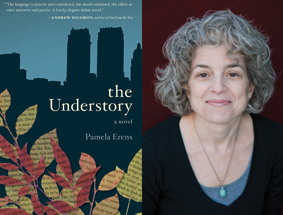 The debut novel from the critically acclaimed author of The Virgins—is the haunting portrayal of Jack Gorse, an ex-lawyer, now unemployed, who walls off his inner life with elaborate rituals and routines. Threatened with eviction from his longtime apartment and caught off-guard by an attraction to a near stranger, Gorse takes steps that lead to the dramatic dissolution of the only existence he’s known.