Millburn Police made several arrests for alleged shoplifting and other crimes at the Mall at Short Hills last week, including that of a 76-year-old woman charged with stealing a pair of pants from Bloomingdales and a man who attempted to flee police by allegedly carjacking moving vehicles on JFK Parkway.

Police arrested Roberta Ponzio, 76, of Normandy Beach, and charged her with shoplifting after she allegedly attempting to steal a pair of pants valued at $168 from Bloomingdales last Wednesday, said police.

Then, on Friday, police arrested 25-year old Michael S. May of Orange, 24-year old Najiyah Barr of Newark, and 22-year old Sakinah C. Watford of West Orange after they allegedly attempted to steal five belts worth a total of $2,000 from Neiman Marcus, said police.

Store security saw May attempt to hide the belts in Barr’s handbag, said police. Police were told that the three were also involved in thefts from Burberry and Gucci stores in the mall.

When Officer Sergey Zonn arrived on the scene, May tried to run from the store to a parking lot. Zonn pursued May on foot until he entered a Honda parked in the lot. May put the car in drive, hit the officer and escaped onto Rt. 124, said police. He was arrested after Summit Police caught him in Newark.

May was charged with robbery, aggravated assault, unlawful possession of a weapon, possession of a weapon for an unlawful purpose and resisting arrest, and is being held in the Essex County Correctional Facility on $100,000 bail, said police. Barr and Watford were charged with shoplifting, conspiracy and hindering apprehension after stating false names to officers, police said.

All the merchandise stolen from Neiman Marcus, Burberry and Gucci were recovered, said police.

Also at the mall, Millburn Police Det. Joseph Johnson learned on Saturday of possible fraudulent credit card activity at the Polo Store and Forever 21. As Det. Johnson approached a man later identified as Courtney Linton, 23, of Jamaica, NY, Linton fled on foot and was pursued by Millburn officers, police said. While running on JFK Pkwy, Linton unsuccessfully attempted to enter two separate vehicles that had slowed down in traffic.

Officers took Linton into custody and charged him with two counts of attempted carjacking and two counts of obstructing the administration of the law, said police. Linton was transferred to the Essex County Correctional Facility pending $100,000 bail.

Finally, on Sunday while on patrol at the mall, Officer Roberto Delgado noticed a 2014 Nissan Altima that the automatic license plate reader on his patrol car indicated was stolen. He saw a woman, later identified as Juliette M. Jackson, 38, of Oakland, CA, enter the driver’s seat and move clothing from one part of the car to another, said police.

After confirming the car was stolen, as was the clothing from Victoria’s Secret, Delgado arrested Jackson, who was also summonsed for driving with a suspended license, said police. 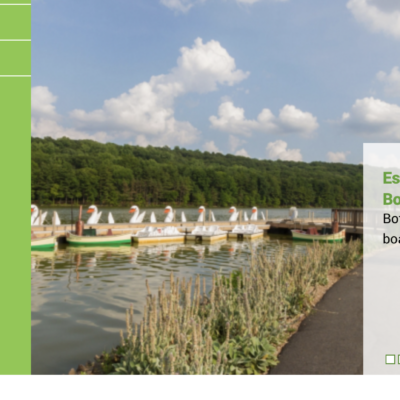