Hundreds of friends, family, teachers, mentors, classmates and community members gathered on Ritzer Field on June 12 to remember and celebrate the life of Moussa Fofana, who was senselessly murdered at Underhill Field on June 6.

Columbia High School Principal Frank Sanchez quickly organized the vigil this week to honor Moussa’s life as so many have struggled to come to terms with Moussa’s death.  Many attendees wore orange ribbons to symbolize their stance against gun violence. The entire CHS baseball team wore orange shoe laces to show their support as well.

Moussa’s family was in attendance, including his mother, Hawa and his young brother, Abraham.

Principal Sanchez started the evening by greeting the crowd, “What I see here today is love for our fallen student, Moussa. I would like to, before we begin, to thank those, our superintendent, our board of education members, so many local officials, our parents, community members and of course, our students. Our students, who lost one of their own last week.” 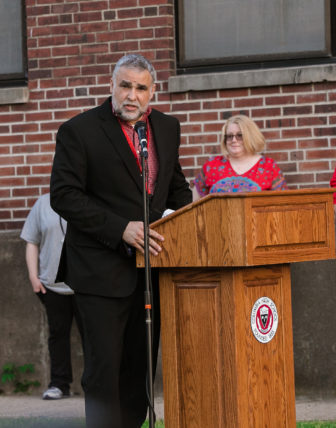 The crowd watched a slideshow of pictures of Moussa produced by student Daria Gordon, with the help of Meskie Hyman, displayed on a video truck donated by Jersey Peak Media.

Maplewood Mayor Frank McGehee asked the community to rise to the occasion: “We should live his dream and that is by pursuing our dreams and doing so with excellence by loving, by being kind to each other and by being in community with each other. An opportunity as family, classmates and teammates, in this moment of trial and loss, Moussa’s passing will define us as a community. It will test our resolve. It will let us know who we truly are.”

Moussa’s friend and GoFundMe organizer Frederik Hoffmann shared how he met Moussa as a senior on the varsity soccer team and Moussa was a freshman.  He said, “I started the GoFundMe just to provide some sort support for the Fofana family. I could have never imagined and I am beyond grateful that the amount of support that came through to this GoFundMe and how the community was able to show their love and support. It really was amazing.”

Moussa’s first ESL teacher Katie Simpson explained how she “had the great fortune to work closely with Moussa as his English as a Second Language teacher shortly after a return to the United States from Liberia in January 2015” at Maplewood Middle School.

“He was 11 years old and was starting formal school for the first time in his life,” said Simpson. “Moussa did not just need to improve his English,  he needed to learn how to read and write, do math, study science, social studies, art, music and physical education. He needed to adapt to a new culture while learning how to be a student. For most people, these challenges would be overwhelming, but not for Moussa. He embraced them.” 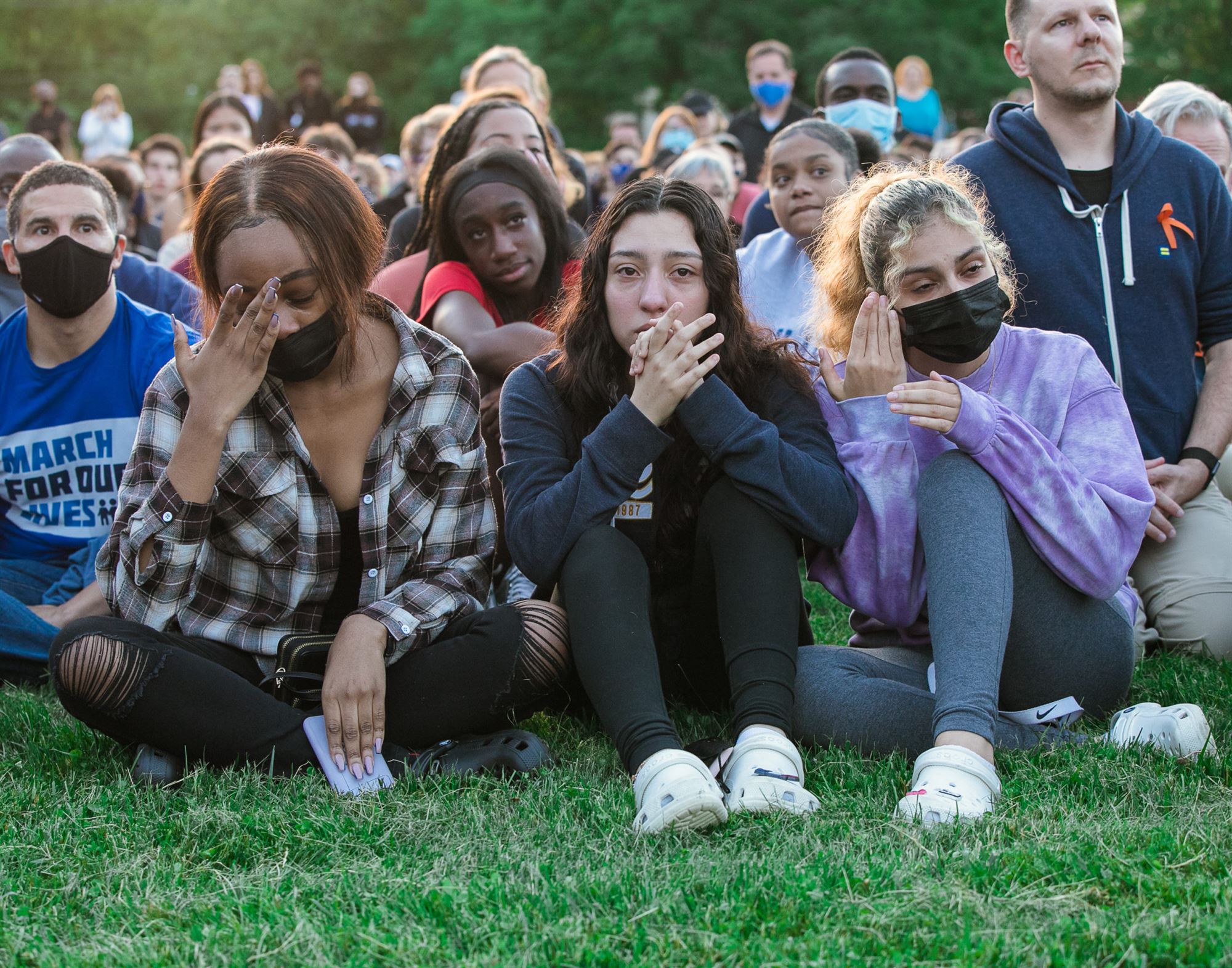 “The key ingredient to Moussa’s success was Moussa!” said Simpson. “He was extraordinary. He was spunky, charming, curious, kind, appreciative and brilliant in his insight into how people ticked and his ability to form human connections. “

Simpson then shared a short autobiography that Moussa wrote in 2016 with the help of his teacher assistant Miss Morales. “Moussa wrote his autobiography, employing, perhaps, some creative license about his circumstances in Liberia to inspire a sense of adventure, I’m sure,” Simpson said. “This is how he told his story, a story that should not be ending now. “ 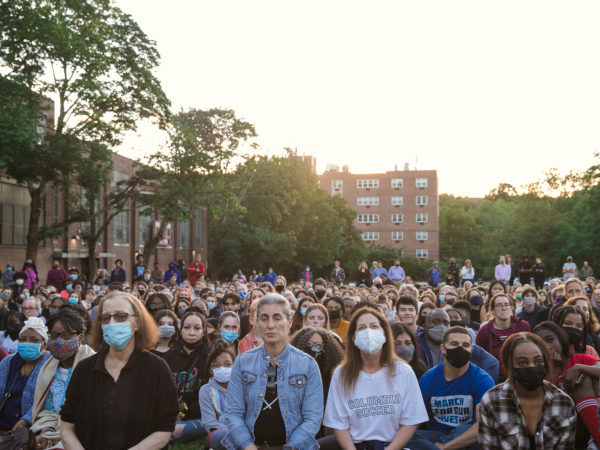 The excerpt read as follows:

My name is Moussa Fofana. I was born in New York City, but I went to live with my grandparents in Liberia, Africa, for seven years.  I am twelve  years old, but will be thirteen years old on May 22, 2016. I moved to the United States one year ago. I moved because of the ebola outbreak and because of the war going on in my country. I spoke Mandingo while living in Liberia. Learning a new language in the United States was hard for me, I was afraid that it would be difficult.  I felt weird hearing people speak a new language in this country.  I spoke broken English in my country and had to learn different languages in order to keep moving and survive the war.  I did not attend school in Liberia due to the war.  We lived in a hut, but had to live beneath the surface of the hut.  We could not keep the same address due to the fact that we had to keep moving. ( I think this is where the creative license was employed.) One of the advantages of being a student in this country is being able to be in a classroom and learn with other students. I have the opportunity to learn and that changes everything. Learning to read has been my biggest challenge in the U.S.  I am learning to read for the first time. Another challenge I have is dealing with my desire to score high on my schoolwork, but cannot due to my reading level.  Freedom has been the best opportunity offered to me in this country that I do not have at home.  Life is easier in the US because I get most of the things I ever dreamed about and I get to see my mom again. Since I came in the United States, my life has changed drastically.

“Moussa wrote this before he started playing soccer on the CHS team and developed his new dream of becoming a professional soccer player,” said Simpson. “The fact that he can’t pursue that dream or any other one, is a tragedy, an incomprehensible tragedy.”

Later, CHS teacher Kate Brown told the crowd, “People are always saying that teachers make an impact on their students lives, what students don’t always realize is how much of an impact you have on our lives.” 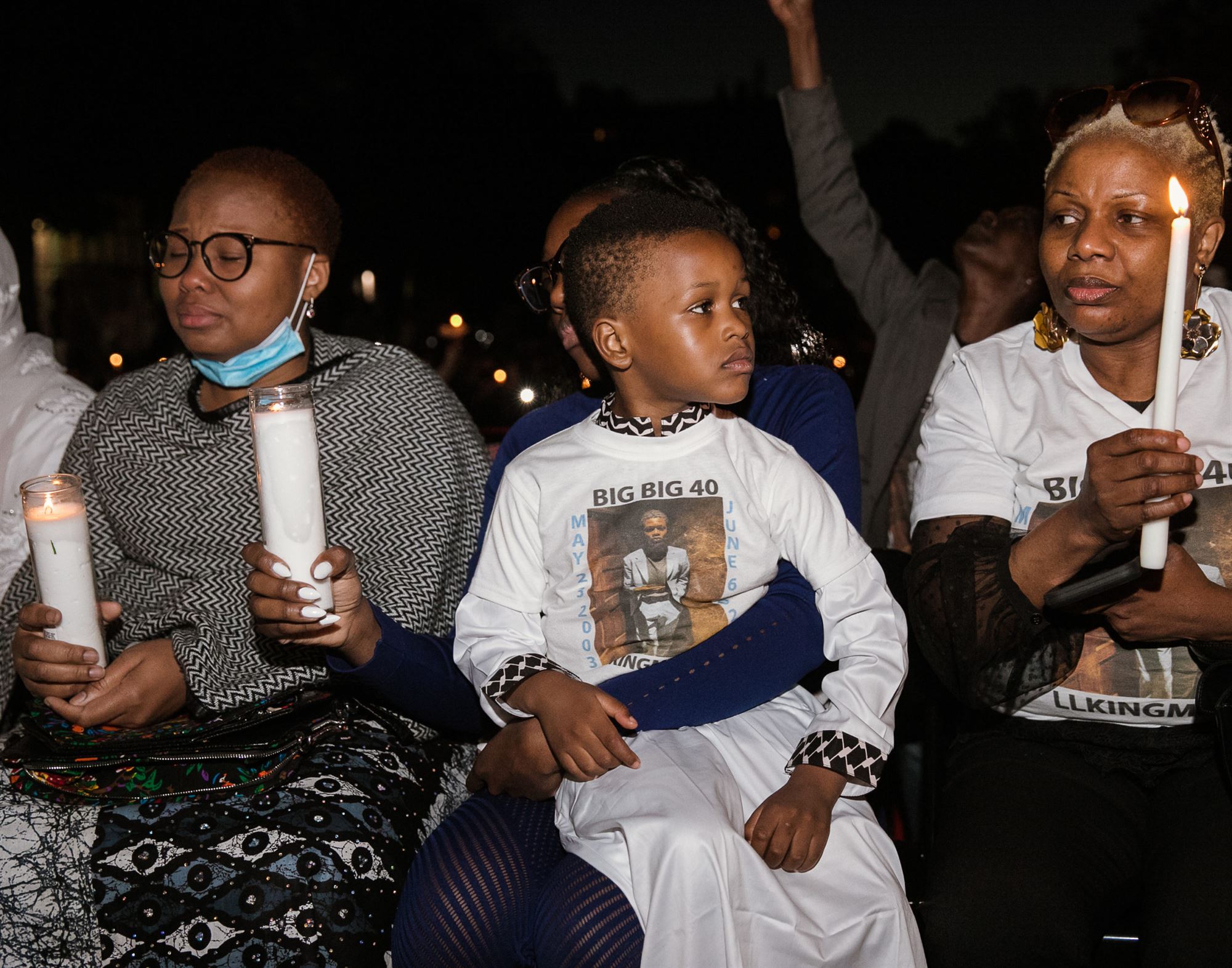 Moussa’s friends Zebrai Carllisle, Charles Obigawu, Jennica PrussSte, Stephen Henry, Michael Berry, Edmica Jean-Pierre, Shednie Jean-Pierre, Teschnie Jean-Pierre, his aunties Sheronda and Abby, all shared similar sentiments of Moussa’s great sense of humor, his care for them, how he went out of his way to show his love for them, how deeply he will be missed and their desire for justice for Moussa.

Zebrai Carllisle hoped to comfort the tearful crowd with her parting words: “Moussa was truly an angel and the true meaning of happiness. Some of Moussa’s last words to me were that death was supposed to be beautiful and he told me that if anything was supposed to happen, he knew that he lived a good life and he was surrounded by a loving family. Please remember that death isn’t the greatest loss in life. The greatest loss is what dies inside of us while we live, so let’s keep all the positive memories that we have with Moussa alive inside of us and let’s always share a token of love, just as like he did.”