Dr. John Ramos greeted the South Orange-Maplewood community at his first Board of Education meeting Monday, “I’m thrilled to be here,” said the new superintendent. He told the Board and members of the public that the key words for the 2015-16 school year are “innovation, inspiration, and communication.”

Ramos, in reporting to the Board on the district’s goals, gave several updates. He cited a “very successful summer program” across the district. That included step-up programs, more than 100 courses taken online, and the district’s first August graduation. 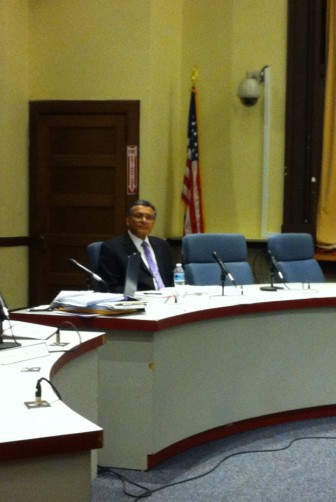 He additionally noted that the district website will soon be overhauled. In the meantime, he said, all district events will be posted on the online district calendar.

Students and families in the middle schools can expect a letter next week that explains the new “WIN” period and options for electives.

Students who take a school bus should, he said, have received passes. If parents are expecting a pass that has yet arrived in the mail, he encouraged them to contact the district.

Ramos reported that the Montrose School preschool program will open after the school year begins, due to a PSE&G construction delay.