The South Orange Board of Trustees approved a 60-unit mixed-use housing development for 270 Irvington Avenue after a hearing at their meeting on December 14. 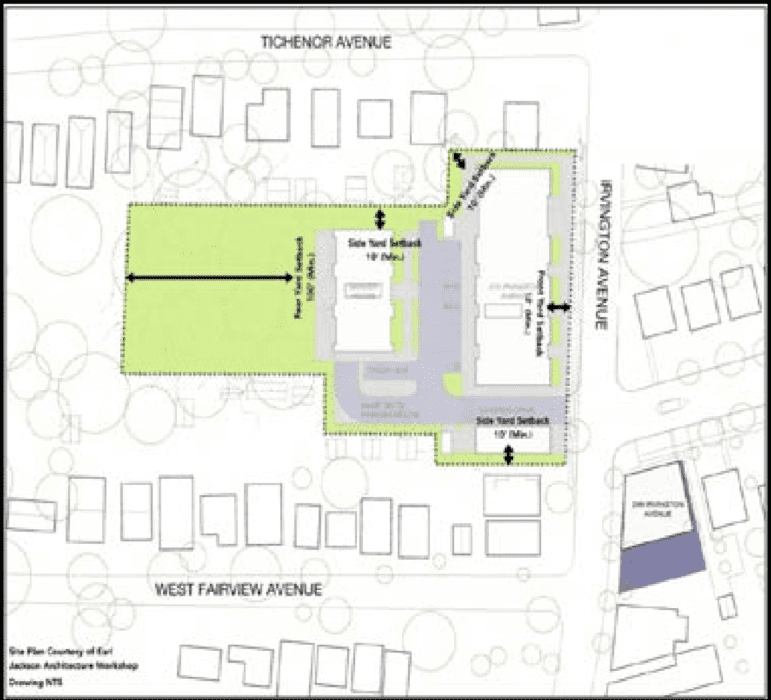 The redevelopment plan — which can be found on the township website at 270 Irvington Avenue Redevelopment Plan or below starting on page 14 of the attached agenda — includes 12 units of affordable housing. The full 60 units will be spread out across two properties at 270 Irvington and across the street at 299 Irvington Avenue. The project will include between 10,000 to 15,000 square feet of commercial space.

“Getting this across the finish line … having neighbors very involved … was really really tremendous,” said Village President Sheena Collum, referencing the collaborative community process spearheaded by Trustees Bob Zuckerman and Summer Jones that included several community meetings, following up with individual residents, and soliciting community feedback through the township website and the Seton Village Facebook page.

The developer is asking for a 5-year short-term tax abatement that steps up over 5 years – 20, 40, 60, 80 to 100%. The financial agreement would be approved under a separate ordinance at a later date. Such an abatement is available to all developments in the township, which has been declared an area in need of rehabilitation.

Next the developer will need to submit site plans to the Planning Board for review, public hearing and approval. 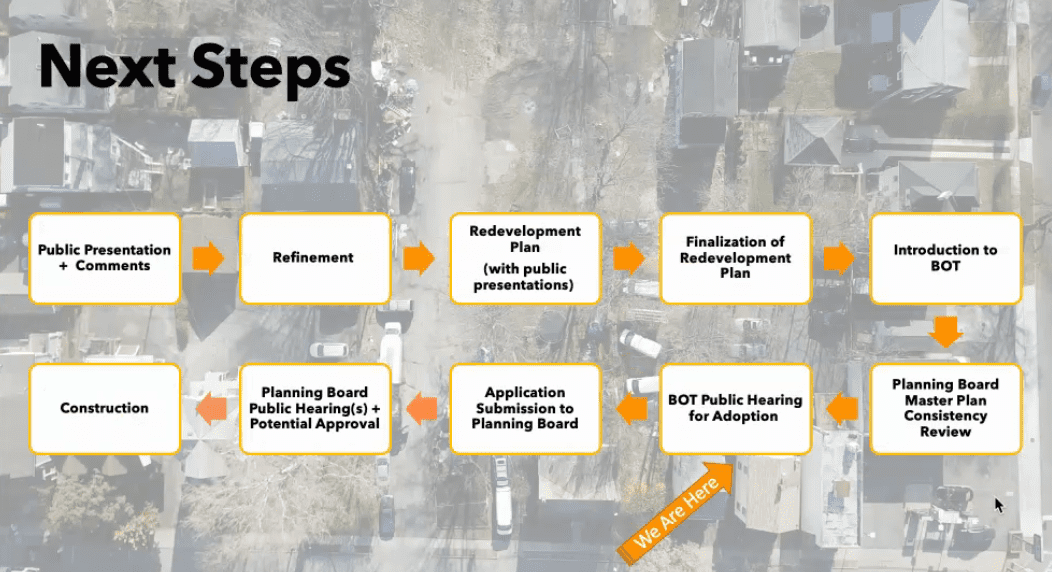 See the ordinance in the December 14 BOT agenda here (starting on page 14):