Torpey Era Comes to an End in South Orange

The Village Green May 12, 2015
0 FacebookTwitterPinterestEmail 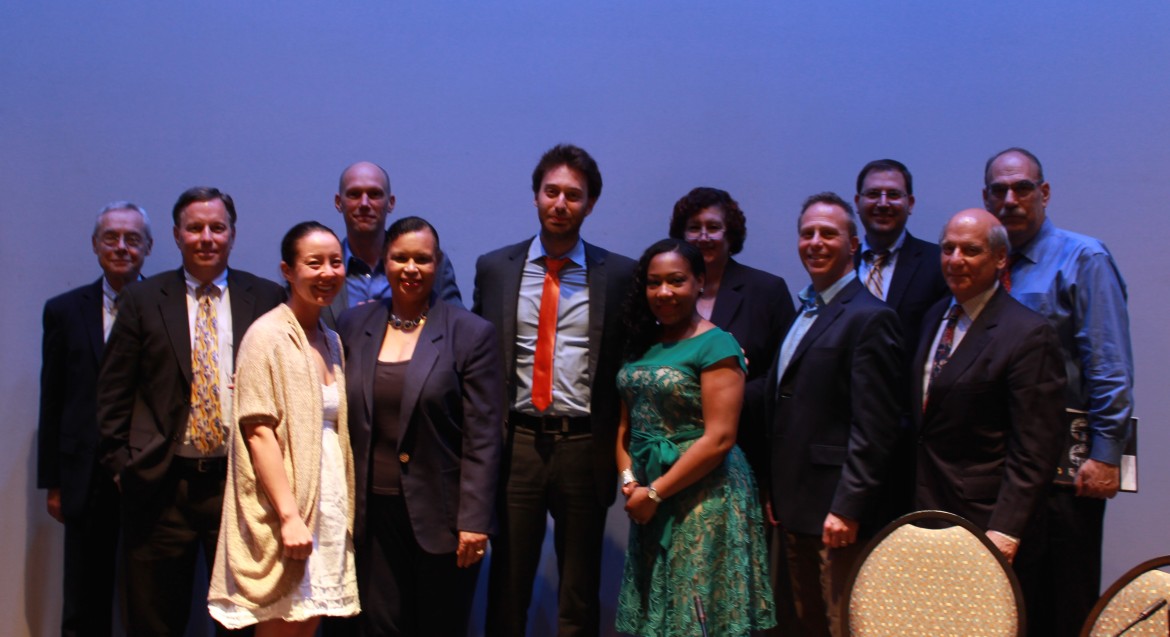 After four years of lengthy South Orange Board of Trustees meetings and detailed debates that sometimes grew animated, Alex Torpey presided over his last meeting on Monday night.

The business of the meeting was kept light this time around, giving Trustees, members of the public and Torpey himself time to comment on his tenure. Torpey announced last June than he would not seek reelection for another four-year term as Village President.

Township Administrator Barry Lewis gave a warm and heartfelt appreciation of Torpey, thanking him for ushering in a period of positive change in South Orange that, Lewis said, included improvements in governmental transparency and the use and implementation of new technologies. Lewis also credited Torpey with improving morale amongst public employees.

Trustee Walter Clarke called Torpey’s ascent to the Village Presidency at the age of 23 “impressive” and credited Torpey for being the “cheerleader in charge,” promoting South Orange throughout the state of New Jersey.

Trustee Stephen Schnall alluded to some of the contentious conversations that had taken place during Torpey’s term. “You’ve gotten people to react, not always positively, but you started conversations. That’s healthy.” Trustee Deborah David Ford echoed Schnall’s comments, adding that the board had learned to “disagree respectfully” and in the process became a body that worked together well. “We really get crap done!” said Davis Ford.

Trustee Howard Levison thanked Torpey for his work bringing the board up to speed on social media. Trustee Mark Rosner spoke of “trepidation when Alex came on” but said that the young president “grew into the position and matured a lot.”

“I think the Ross brothers will be greatly disappointed,” joked Rosner, referring to the owners of MaplewoodOnline, where many threads have been devoted to Torpey and his actions.

Trustee Sheena Collum, who hopes to replace Torpey in an election taking place today, talked about “another Alex Torpey.” She detailed the work she did with Torpey going door to door in the aftermath of Superstorm Sandy, to ensure that residents — particularly the elderly and those with challenges — were safe. “I saw him as someone who really cared about people,” said Collum. She then assured the audience that, if they thought they had seen some serious beard from their hirsute leader, it was nothing compared to his post-Sandy beard.

Chief James Chelel of the South Orange Police Department took to the mic and continued the humor, “I’ve personally never met Alex Torpey,” Chelel joked, but quickly became more serious, saying he appreciated that Torpey “stood back and allowed me to do my job.” Chelel also pointed out the respect Torpey commanded from public safety personnel for his time volunteering for the South Orange Rescue Squad.

In his own comments, Torpey lavished praise on municipal workers and even thanked the “curmudgeons.”

“I’m thankful for it all, “said Torpey, “It taught me what I now know.”

Click on any image below for a brief slideshow from Torpey’s last meeting.