Torpey Reflects on Tenure, Looks Ahead

“I would not trade it for anything; it has been an incredible and enriching experience,” said Alex Torpey, who announced recently he would not run for reelection when his term as South Orange Village President ends in May 2015.

Torpey spoke to The Village Green in a phone interview Friday morning, shortly after making the announcement. He said he decided against running again to focus more on his business and to consider a return to graduate school.

When asked what he was most proud of during his three years serving with the six-member Board of Trustees, Torpey mentioned balancing the budget, the decrease in crime, and especially spurring redevelopment in town. 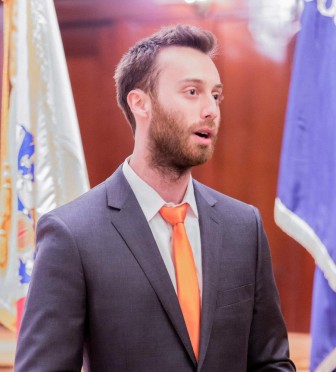 “There is positive momentum,” Torpey said. “Redevelopment is a good example of that. Businesses and developers contact us now and say, we want to tour South Orange. We don’t have to go around begging anymore.”

Torpey said that his being publicly accessible to the media has led to positive articles about redevelopment in South Orange, which “makes a difference in people’s confidence in the town.”

Torpey cited the newly opened Ricalton’s Village Tavern as an example. “[The owners have] that much confidence in what were doing to invest money in the town. We are really at a turning point now with what’s going on here.”

He also noted the success of the South Orange Performing Arts Center (SOPAC), saying that now “you hear less about the [organization’s] debt than about the great performances people are talking about.”

But most of all, he said, he is proud that the way people view South Orange has changed. “There is a tremendous amount of positive energy at the moment,” he said, noting that morale among township officials and staff is higher than ever. Despite occasionally heated disagreements among the members of the Board of Trustees, Torpey maintains that “even when we don’t agree…we work together for the common good.”

Torpey discussed the township’s upcoming technology initiatives, such as an email messaging system that will send residents regular newsletters, and an online civic engagement platform where residents can post comments and ask questions.

Another new initiative is to create a line item in next year’s budget that is completely citizen directed. “You decide how this money is spent – whether on a tax refund, streets paved, parks,” said Torpey. The township could crowdsource different options and then put it to a public vote, he said.

Working toward more open and transparent government has been Torpey’s underlying interest throughout his political career, he said, as has finding ways citizens can become more educated and involved in their local municipalities. He cited the Irvington Avenue Committee, a group of residents and officials engaged in rehabilitation efforts in the Irvington Avenue corridor, as one example of how citizen engagement can work to spur positive change.

“We need to set up systems to energize people to contribute in many ways,” said Torpey, “not just in South Orange” but also in cities and municipalities across the state and country. 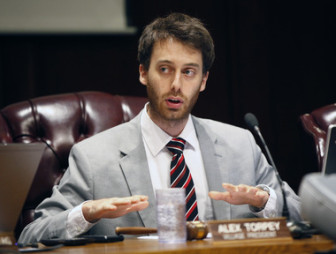 When asked if he had any regrets, Torpey said, “One thing is that I tend to bite off more than I can chew…I want to work on everything.”

The Village President also spoke of his critics, some of whom regularly skewer him on online message boards and even create fake Twitter accounts using his name. “Unfortunately, [that kind of criticism] is not that uncommon. I’m not really sure why they disagree, I think it stems from misunderstanding…what my motives [are]. He added, “I wish I knew a way to convert that into constructive energy.”

Is running for another office in Torpey’s future? “I would not rule it out, but first I have to commit time to my business,” he said. As for remaining involved in the civic life of the South Orange community – he currently serves on the South Orange Rescue Squad and has been a trustee at the public library – he said that he will remain active wherever he is needed.

Meanwhile, with less than a year left in office, Torpey said he is more motivated than ever. “Now we really have to get moving,” he said.