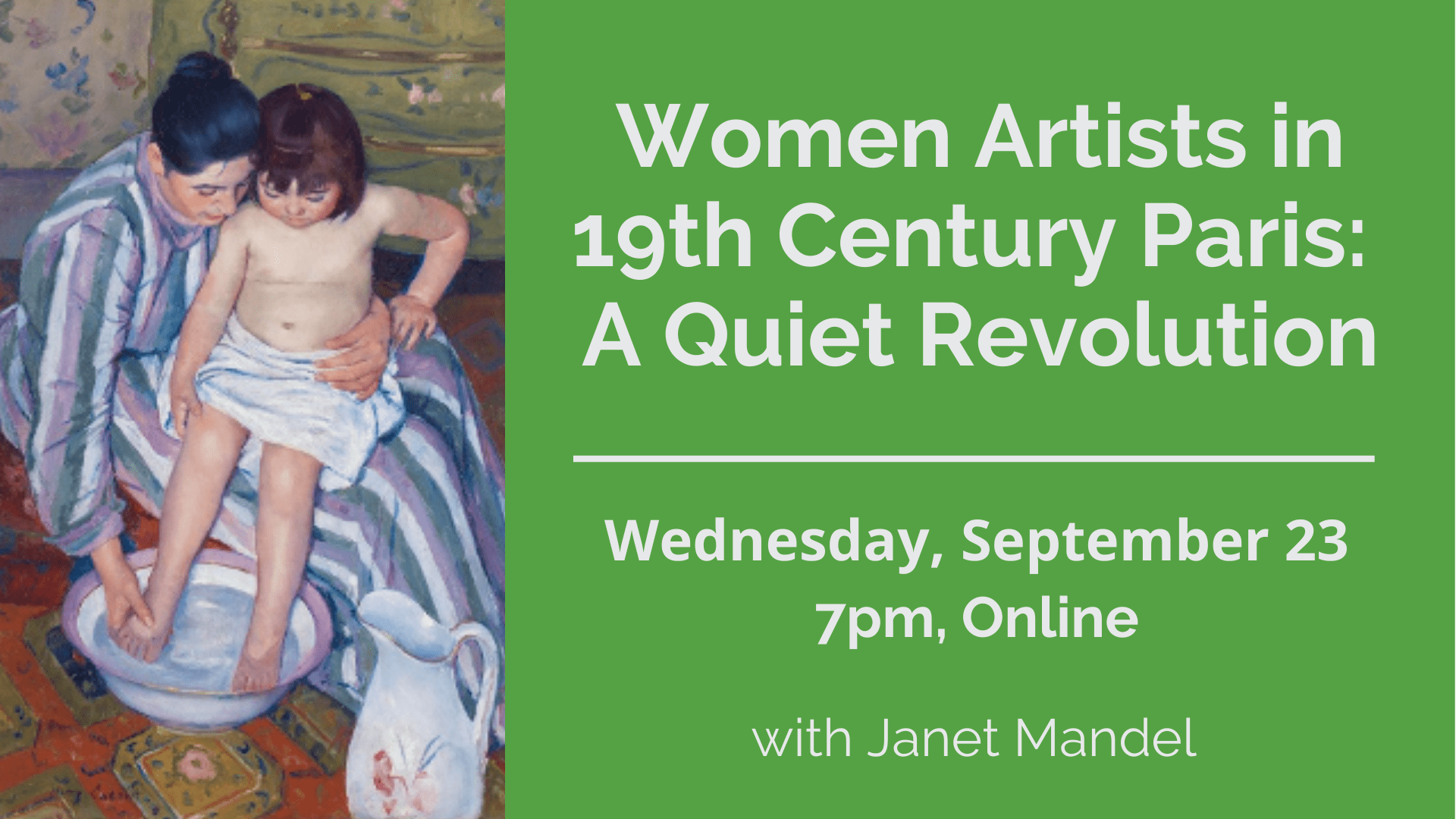 Join Janet Mandel and celebrate the intrepid women artists from 19th century Paris, who formed a sisterhood in the shadow of their more celebrated male colleagues, and despite derision and rejection, took on modern subjects with daring and splendor. By the turn of the century many of these women, avant-garde in their aesthetic sensibilities, became a formidable network in the fight for women’s suffrage.

Tonight’s lecture is especially meaningful as we collectively celebrate the centennial anniversary of the 19th amendment and mourn the passing of Ruth Bader Ginsburg.