Beth Halliday, who has served as Head of Children’s Services at South Orange Public Library for more than a decade, is retiring at the end of the June and plans to travel and spend more time with her grandchildren.

“How lucky I have been for the past 19 years to love the work I do and love the people and community I work with,” she said.

Halliday’s passion for reading to and educating youth have been a central theme during her time as Children’s Librarian. Whether she was creating programs, promoting Summer Reading, or visiting schools throughout South Orange her quest to share the love of reading was always clear. She also appeared on SOMATV’s Books in Action program many times to discuss library trends, and created the Poem in Your Pocket initiative for National Poetry Month.

Halliday began her SOPL library career as a part-time Library assistant in 2003, then received her Master’s of Library Science from Pratt University and became the Head Children’s Librarian in 2008.

“I worked side by side with Beth for several years in the Children&#39;s Room and could not have asked for a better coworker,” said former Children’s Librarian Christine Crawford. “When I left my position there I had peace of mind knowing I was leaving the Department in Beth&#39;s capable hands.  I know she has done a wonderful job and will be missed by her coworkers and the families of South Orange.”

Her proudest memories of SOPL include how the library became a vital community resource during stressful times, such as the library’s 9/11 remembrance in 2004, in which the building remained open for 24 hours; and the days following super storm Sandy in November 2012, when hundreds of people. counted on library services to provide much-needed power and information. In 2020, when the pandemic began, Halliday led the Children’s room’s virtual presence during lockdown, offering frequent storytimes, puppet shows, and live readings of books such as Betty G. Birney’s Adventure According to Humphrey.

Perhaps her longest-lasting contribution is the guidance she provided to countless pages and junior library assistants who began their working lives as teenagers in the Children’s Room and have gone on to successful careers. “Ms. Halliday always said that working at the library is a great first job and she is so right,” remembers former Library page Abby Baker, who is now a career counselor in a Philadelphia high school. “She was always so supportive and I really felt all through the time that I was there (and still today) that she was rooting for me and all the other Children&#39;s Room pages and that she really cared about us.”

The Community is invited to bid farewell to Ms. Halliday at the Library’s Ice Cream Community, a summer program series which highlights civic leaders, on Tuesday, June 28 th , from 3-4 pm. There will be ice cream, an opportunity to share a favorite children’s room memory, and a celebration of everyone’s favorite South Orange Children’s Librarian! 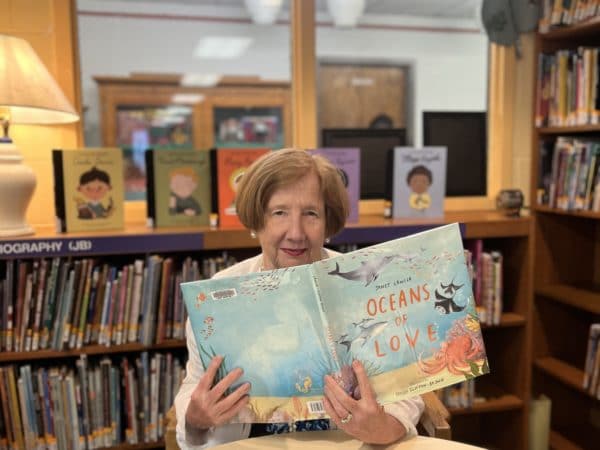