The 4-minute film was photographed last year in Central Park and Eliana has a starring role. The film will air at midnight on Saturday, April 9.

We caught up with Eliana, her mom Laura and little brother Zachary (second grader, Marshall School) on their way to gymnastics in a raucous bluetooth-enabled phone interview.

Laura explained that Eliana got her start at interAct Productions, the “theater of the community” in South Orange. She has also been studying with Emily Bauer at Acting with Emily in Maplewood.

Clearly, it’s paying off. Besides “Dance of Love,” Eliana has worked on a number of films including another short called “Pluck” (involving the actual plucking of a pheasant and filmed at the Brenden house in Maplewood) and she’ll be headed to Vermont in June to shoot an independent film.

“It is my favorite thing to do!” Eliana said, adding that she was in second grade when she discovered that she loved acting.

Eliana had some good genes to help her out, it seems: Mom Laura participated in theater in high school, college and grad school and currently teaches classes at Music and More with Kelly. Dad Eric has a history in the U.S. Navy and at Goldman Sachs but has performed standup in New York and is a regular at Studio B’s Story Slam competition. Zachary, of course, is really good at gymnastics — and drawing comics.

With “Dance of Love,” family, friends, neighbors and school mates got involved in the effort to vote the film onto the air. Even Eliana’s teacher Mr. Wolff said he voted multiple times to help “Dance of Love” beat out two competitors and get air time on Saturday night.

The Brendens will be watching from Philadelphia on Saturday night (dad is running the Philly half-marathon), but if you can’t make it to a television or haven’t set your DVR as the clock strikes midnight, watch “Dance of Love” here: https://www.thirteen.org/reel13/voted/. 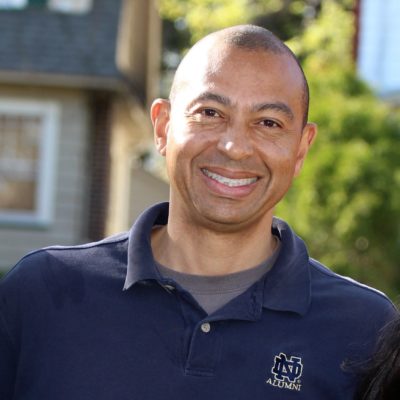