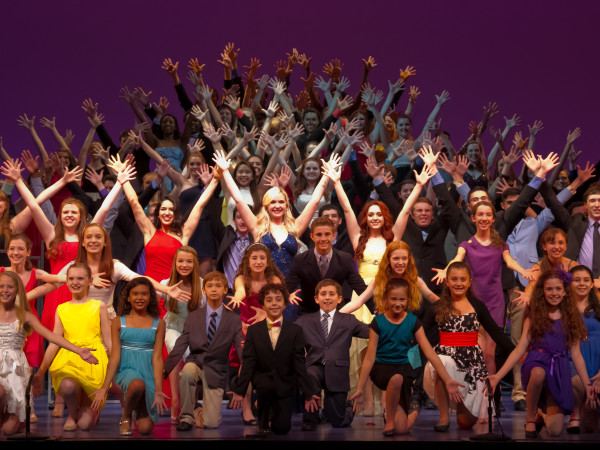 Three Maplewood residents and two from South Orange are among 120 cast members who competed for and won a coveted spot in the Paper Mill Playhouse’s Summer Musical Theatre Conservatory.

There are also three cast members from Millburn and five from Short Hills.

As a culmination of the rigorous five-week program, the students will now perform in the Conservatory’s New Voices Concert on the mainstage of the Paper Mill Playhouse on August 1 and 2.

Students from Paper Mill Playhouse’s Conservatory have gone on to appear in numerous Broadway productions, film, television, and regional theater.

Gaining admittance to the Conservatory is a competitive process. Students in the Senior, Junior Plus, and Junior Companies (ages 10-18) are directed and choreographed by Paper Mill Playhouse’s professional artistic staff for the concert which is the culmination of a five-week program.

“New Voices is an amazing opportunity to see the stars of tomorrow,” stated Mark S. Hoebee, Paper Mill’s Producing Artistic Director. “It is amazing to see these young performers grow into professional artists and grace our stage with an inspiring, heartfelt performance.”

Also appearing are numerous winners and nominees of the 2014 Paper Mill Playhouse Rising Star Awards who won scholarships to attend the Conservatory.

The final weeks are devoted to rehearsals for the New Voices Concert, performed annually on the Paper Mill Playhouse stage. This year’s New Voices is a tribute to classic American musicals.

“From the first day of class all the way through opening night of New Voices, we require our students to rise to the demands of this rigorous program,” stated Lisa Cooney Paper Mill Playhouse Director of Education. “We ask them to work harder than they ever have before as young performers, and we strive to build an incredible ensemble company, while each student hones their own individual performance skills. ”

Cooney added, “When they move on to college or the professional world, they are ready for the challenges they’ll face…. It’s gratifying when they make a name or themselves on Broadway or in Hollywood, but even if they do not, the skills they learn and the work ethic they develop will serve them in any field.”

Performances of New Voices of 2014: Oh, What a Night will be held on Friday, August 1st Saturday, August 2, at 1:30 and 7:30pm. Single tickets range in price from $25 to $45. Purchase tickets by calling (973) 376-4343, visting online at www.papermill.org, or visiting the Paper Mill Playhouse Box Office at 22 Brookside Drive in Millburn. Visa, MasterCard, Discover, and American Express are accepted.