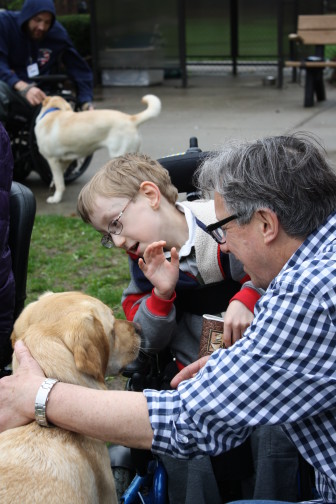 Grant’s mother, Mary Olive, explained to Village Green how her family decided to begin the process of finding an assistance dog with CCI: “When Grant was 4, we were up shopping in Boston and Grant was driving in his power chair. He came face to face with an adult who was also in a power chair, but he had an assistance dog with him. We spent an hour talking to that man about Canine Companions. He praised them and convinced us that we should really do it for Grant.”

After two years on the waiting list, Grant and his family were invited to attend Canine Companion’s Team Training Class — an intense, two-week course held at Canine Companion’s Northeast Regional Center in Medford, NY. Here, Grant was matched with Natchez, a two-year-old yellow lab/golden retriever who has been trained to understand important commands for Grant’s everyday life.

John Bentzinger, Public Relations representative from CCI, wrote in an email that after leaving the “Puppy Raisers,” which teaches basic commands and socialization to the puppies, CCI puppies “begin six months of advanced training with our nationally renowned instructors where they learn over 40 commands that are useful to a person with disabilities.”

Natchez helps Grant with a lot of daily tasks like picking up dropped objects and opening and closing doors. Mary Olive informed us that Grant’s number one command is “Get,” which signals Natchez to pick up something Grant needs from the floor.

Mary Olive also explained that Natchez does so much more than just help him through his physical disability: “For him, it’s the companionship. He loves the affection, petting, pride and walking with the dog. It breaks the ice and becomes the initial point of contact. People ask about the dog, not the wheelchair.”

Mary Olive added what a great addition Natchez was to the family. Grant felt similarly, telling Village Green that his favorite part about getting paired with Natchez was, “He’s cuddly. He rolls over [onto his back] because he loves me.”

ABOUT CANINE COMPANIONS FOR INDEPENDENCE: Canine Companions for Independence is the largest non-profit provider of trained assistance dogs with six regional training centers across the country. Established in 1975, Canine Companions provides highly trained assistance dogs to children and adults with disabilities and is recognized worldwide for the excellence of its dogs, and quality and longevity of the matches it makes between dogs and people. There is no charge for the dog, its training and on-going follow-up services. For more information, visit cci.org or call 1-800-572-BARK. 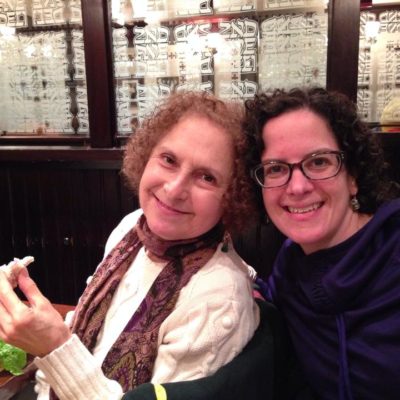 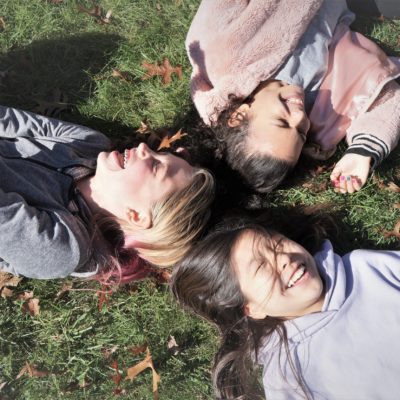