Maplewood’s Thelma Ramsey Gets a Surprise on Dr. Oz Show 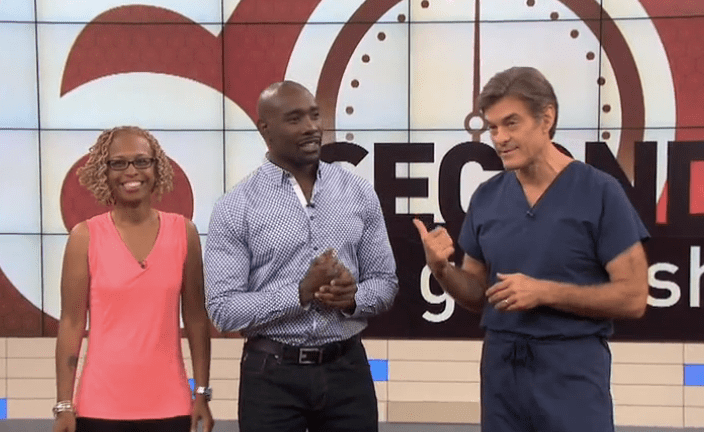 On October 7, the Dr. Oz show aired a segment featuring Morris Chestnut — the handsome actor who first achieved fame for Boyz in the Hood — and Maplewood mom Thelma Ramsey.

The segment was set up by Ramsey’s manager and friend Kimberly Singleton. By day Ramsey is an education consultant and licensed speech pathologist (she currently is the principal of Sage Educational Consultants which currently has a contract with the South Orange-Maplewood School District), but, in years past, Ramsey worked as a standup comedian.

“My manager and friend Kimberly Singleton called me and said the Dr. Oz show was looking for someone who was a huge Morris Chesnut fan to participate in this quick game and the winner would win tickets to a screening of his new movie,” said Ramsey. “So they called and asked me was I a fan. I am a fan and I have been a fan since he was in Boyz in the Hood. ” 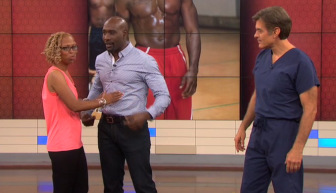 In truth, Ramsey was selected as a bit of a reward for being a super fan: “They asked about my background. I told them I worked with special needs students but I am also a licensed speech pathologist. I worked with children with autism and preemies (when I worked in the hospital) and I feel that working with children is my passion. My other passions are my hobbies (i.e., I DJ and I do comedy). I also told them that this was a rough summer for me because I lost my mother. I am also a single mother. So all of those things, I guess, was an interesting story.”

The show was centered on “60 Second Life Hacks” and featured segments on organization and cooking. Morris Chestnut’s segment was a 60-second workout. Ramsey got to work out with Chestnut — and “audit” his abs.

“Being on the show was amazing! There are a lot of people involved in planning segments and planning a 40-42 minute show. Morris Chestnut was a very nice man, and very personable. There are times when you meet celebrities and they are a bit arrogant and standoffish, he was not like that at all.” About those abs: “Forget six pack, it was more like the grates on a radiator!”

Regarding her comedy career, Ramsey said, “I started doing standup in 1993 and I have performed at Stand Up NY, Dangerfields, Caroline’s and the Boston Comedy Club,” said Ramsey. “I used to perform with a group of minority female comics called ‘Sistas Doin’ Comedy’ in NYC and the tri-state area.” However, Ramsey said that she doesn’t perform regularly right now as she devotes herself to her educational work and her son Owen. Plus, “Comedy clubs aren’t great places for women either.”

While Ramsey isn’t doing much stage work lately, at least locals can catch her on Dr. Oz. Watch the clip here.