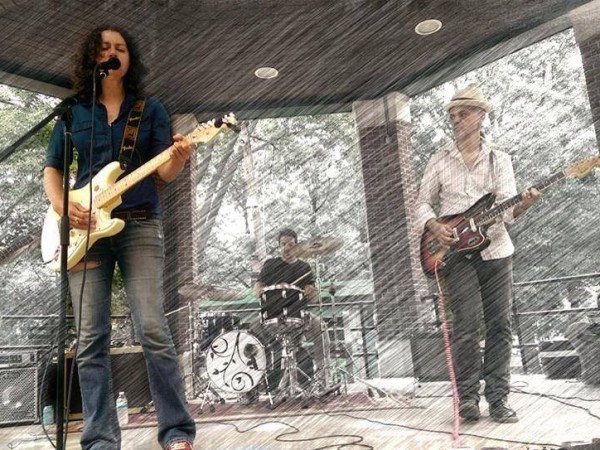 The Karyn Kuhl Band will be closing the Rent Party Family Picnic on Sept. 6, 2014 in Maplecrest Park.

Rent Party Organizer Chris Dickson said that this was the realization that he and co-founder David Wagner quickly reached when they began talking about how best to celebrate Rent Party’s 5th anniversary.

“You have to understand,” said Dickson, “Rent Party is very much like a family. Our volunteers, the musicians who play, the folks who faithfully attend the shows. These people are all part of this wonderful story and we couldn’t leave anyone out.”

But fitting them in the backyard was out of the question.

“That’s when we decided to take it to the park!”

The all-day event, which starts at noon, will feature musical performances by many of the musicians who have graced the Rent Party stage in the last five years.

“Our hope is that the Rent Party Family Picnic will not only be a celebration of what we have accomplished in our first five years, but a way to bring different people into the Rent Party tent and let them know about the work we do,” said Dickson.

Since October 2009, Rent Party has presented live music events, with the proceeds supporting local hunger fighting initiatives. Rent Party  supports two food pantries — Our Lady of Sorrows in South Orange and St. Joseph’s Church in Maplewood. Rent Party has also built and maintains 30 raised garden beds, in cooperation with the South Orange Elks and the Maplewood Community Garden, that provide more than 2,000 lbs. of fresh produce to the pantries they support. Rent Party’s Back Pack Pals program provides a weekend’s worth of food to an average of 80 food-insecure children in the South Orange-Maplewood School District.

“We are incredibly proud of the impact we have had in the community in the last five years and we’re looking forward to the next five years,” said Dickson.

Rent Party is also celebrating a move to a new and bigger venue, with shows moving to The Woodland at 60 Woodland Road in Maplewood beginning in October.

“Maplewood Township approached us more than a year ago about the possibility of presenting shows at The Woodland (formerly the Woman’s Club),” explains Dickson. “It is an incredible opportunity and we couldn’t be more excited.”

“We began kicking the idea of a compilation CD around a while ago,” says Dickson.”But we quickly realized that it would have to be a double CD.” The double CD set will feature 3o tracks of original music by bands that have performed at Rent Party over the years.

“I think that people will be blown-away by the caliber of this collection. Putting it together was a lot of fun and it’s a great memento of what these shows have been about,” said Dickson.