REVIEW: ‘My Mother, My Sister & Me’ at Morris Museum Is Witty, Heartfelt Comedy 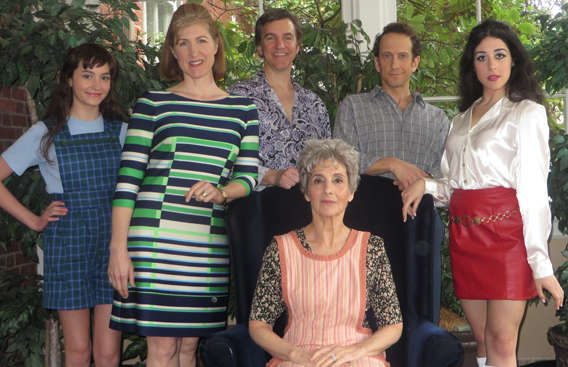 Neil Simon may have blazed the trail depicting Jewish family angst of post-depression 1937, but now at the Bickford Theatre located in the Morris Museum in Morristown, NJ, the playwright Sherri Heller has placed the reflective mirror in the late 60s in a more female-driven version of this genre with “My Mother, My Sister & Me.”

The setting is the Bronx, just as the Cross Bronx Expressway is dividing and changing the city. Similarly, there are outside forces pulling on this family as in a Hispanic boyfriend, Woodstock, and a move to New Jersey that might as well be a walk on the moon.

Though technically a comedy, this play is not a salvo of fast-paced one-liners; rather, it is a broad swath of witty yet heartfelt introspection. The laughs certainly did come amid some teary-eyed recollection for those of us who have been there in whatever incarnation that may be.

Lori Sender lives in South Orange with her husband and son and likes to write about theater, the arts and travel.

Remaining “My Mother, My Sister & Me” performances at the Bickford: