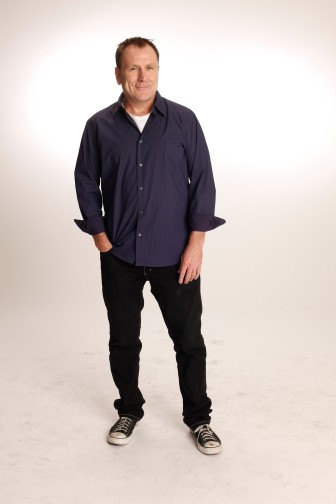 Popular stand-up comedian and screen actor Colin Quinn comes to SOPAC Sat, Sep. 26 at 8:00 pm directly on the heels on his triumphant Off-Broadway hit The New York Story.  Directed by Jerry Seinfeld, this one-man show deconstructs the ethnic groups that made New York City into the jazzed-up in-your-face mecca of humanity it is today. His performance at SOPAC will be based on the show and is a chance to see Quinn perform live before he re-opens The New York Story in October. Tickets are $30-$48 and can be purchased online at SOPACnow.org, or by calling the box office at (973) 313-2787.

2015 has been an exciting year for Quinn; he co-starred in the blockbuster hit Trainwreck with Amy Schumer, and his new book, The Coloring Book: A Comedian Solves Race Relations in America was published as well.

Quinn’s career had its roots in the comedy club circuit of New York City. His initial break came as a host for the television game show, The Remote Control. He then premiered off-Broadway in his first one-man show, Sanctifying Grace– which was later produced as Colin Quinn- An Irish Wake. A few years later he landed a spot on the iconic Saturday Night Live, where he entertained audiences for five seasons. After SNL, Quinn tackled societal issues on Comedy Central’s Tough Crowd With Colin Quinn, in which he served as the show’s host, creator and executive producer, from 2002 – 2004. Quinn has a recurring role on the hit HBO show Girls.

He is the self-styled “King of Twitter” and his wry humor entertains more than 380,000 followers on a daily basis and has been nominated for both Emmy and Drama Desk awards.