SOPAC Livestream Will Make You ‘Dizzy’ With Jazz Greats, February 25

“Oh man, they are so good, it’s just ridiculous.” So said Aretha Franklin when asked about the Dizzy Gillespie All-Stars, a quintet of direct descendants of the beloved trumpet master known for his puffed-out cheeks, curiously bent horn, mischievous sense of humor, and his brilliant contribution as a progenitor of the Bebop jazz movement.

The Dizzy Gillespie All-Stars are ready to bring their sounds into your home on Thursday, February 25 at 7:30 pm EST as part of the SOPAC Sessions, a livestream series of concerts playing directly from the stage at South Orange Performing Arts Center.

Born John Birks Gillespie in 1917, his nickname “Dizzy” fit the trumpeter’s vibrant personality, innovative approach to his instrument, and his well-known scat singing. By the 1940s, Gillespie became a towering figure of the Bebop jazz movement, and collaborated and led bands with the likes of Charlie Parker, John Coltrane, and Billy Eckstine. He’d later expand his playing and composition to other genres, including Afro-Cuban jazz. He led the United Nations Orchestra in the 1980s.

When the All-Star quintet assemble on the SOPAC stage, it will be the first time since their weeklong engagement at New York’s Blue Note Jazz Club in January 2020. “It feels like a long time ago,” says Lee, who recalls playing his last live show with the Afro-Cuban Experience on Feb 27, 2020. For a musician who is used to logging in thousands of miles to play Gillespie’s music, the last year has been all too quiet. 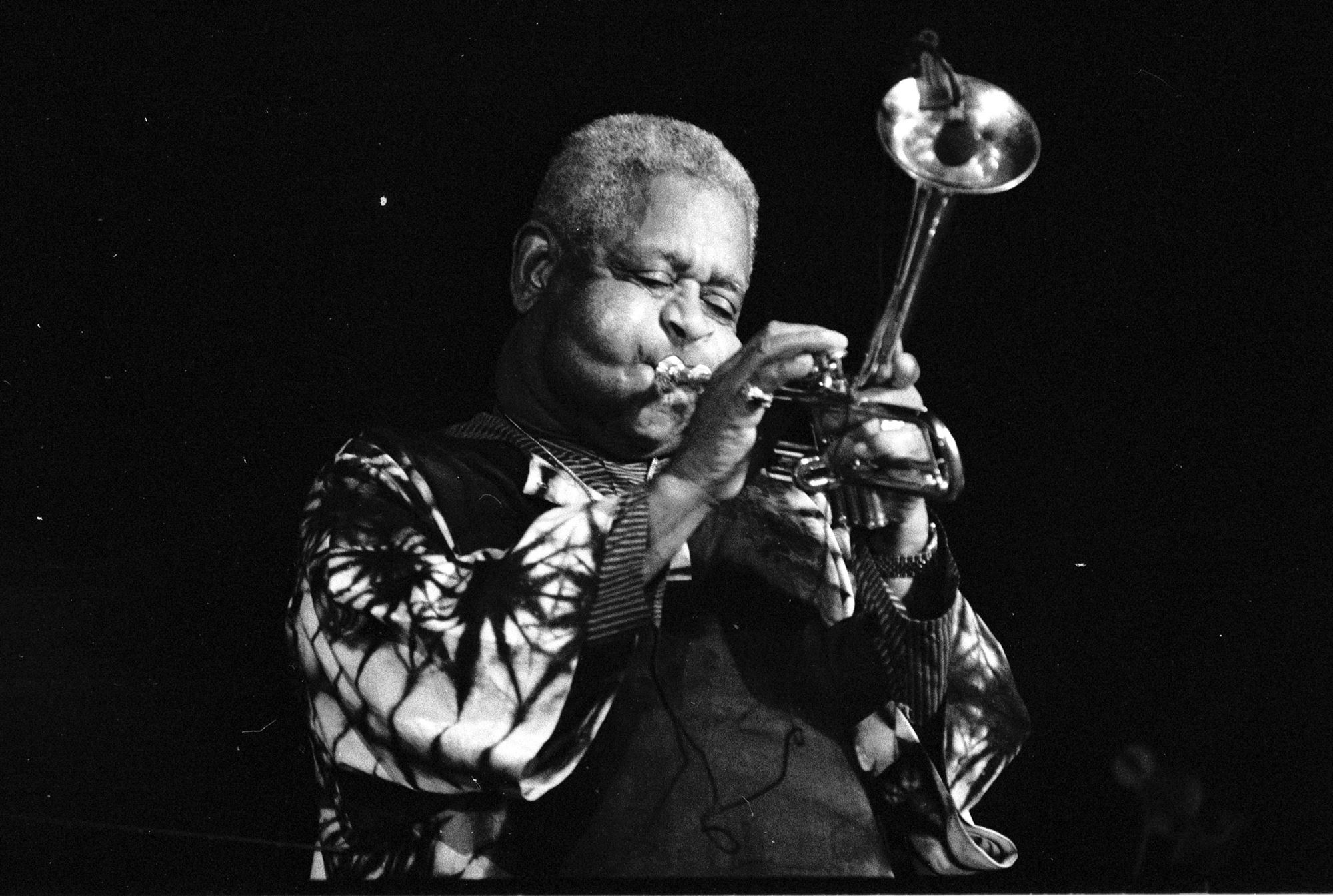 But that hasn’t stopped the All-Stars from putting together a stunning set. In addition to Lee on bass, the quintet includes pianist Cyrus Chestnut, Freddie Hendrix on trumpet and flugelhorn, trombonist Steve Davis, and Tommy Campbell on the drums.

“[Dizzy] had a profound wisdom about him which is just incredible,” recalls Lee. “He had a joie de vivre and I always tell people that it was a party on stage. And he didn’t just play his own compositions. He had a great variety in the selection of material. We never did just a whole show of just Bebop. There’d be swing, Bossa nova, some Samba, some funky stuff, and he’d sing a few songs. That was always the great pull for me – he played so many different things.”

In addition to some of Gillespie’s classics such as “Night in Tunisia,” “Fiesta Mojo,” and “I Can’t Get Started” the quintet will recall other jazz giants during the set, including Miles Davis’ “Blue in Green” off the iconic album “Kind of Blue.” “Dizzy loved that song,” says Lee. “He thought it was a great example of tension and release in composing.” 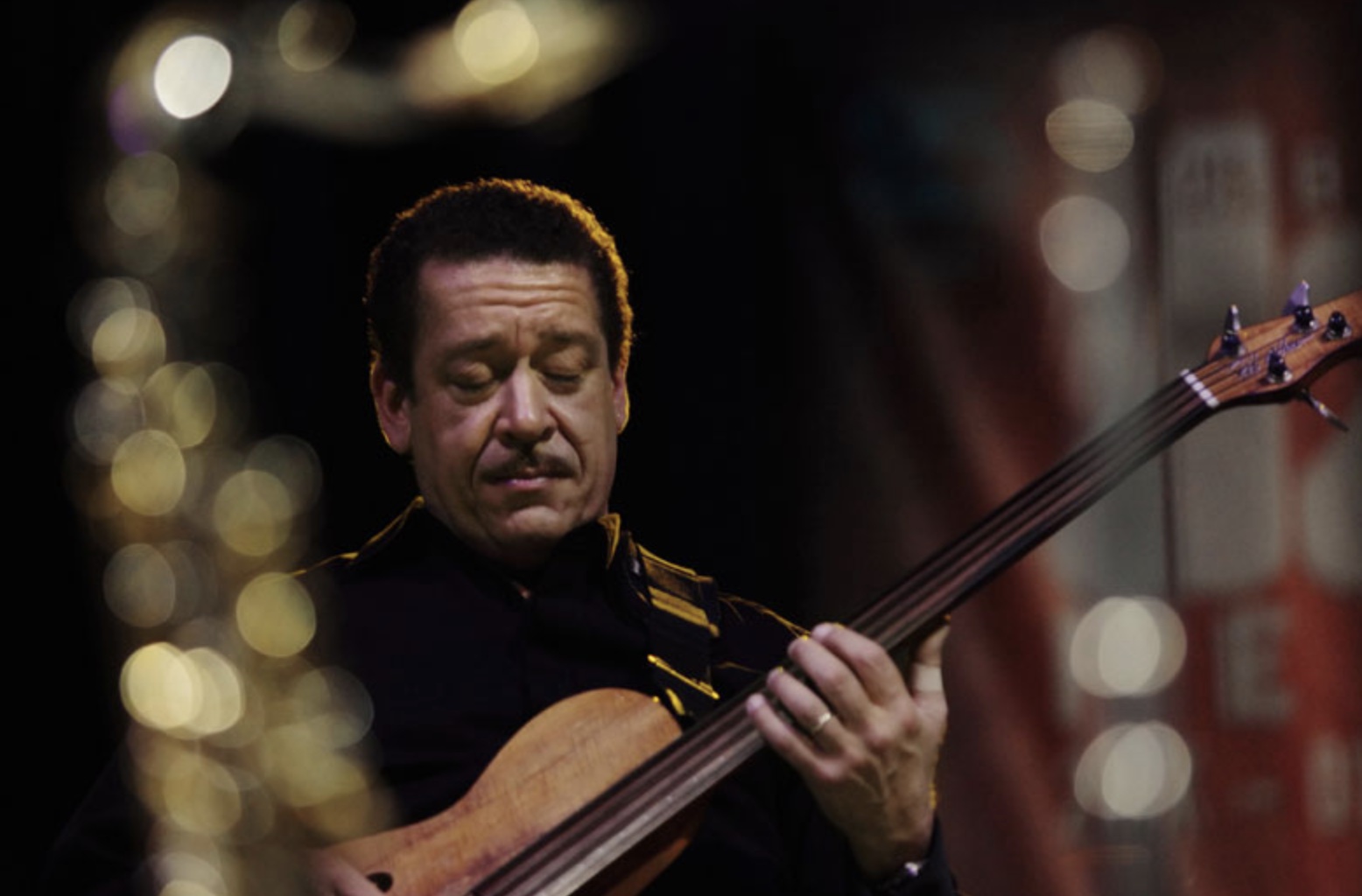 Gillespie was also notable for his role as a mentor for up-and-coming musicians. Perhaps one of the most memorable moments came from saxophonist Phil Woods, who joined Gillespie’s band in 1956. “I mean one time he actually kidnapped me,” recalls Woods in an interview with the National Endowment of the Arts. “I was in Birdland and he and Art Blakey were there. And I’m crying the blues and they threw me in a cab and took me out to Dizzy’s pad in Corona, Long Island. And said, ‘Now, what’s your problem?’ I said, ‘Well, you know, how am I gonna be a jazz musician? I’m a white guy.’ And Dizzy said, ‘Oops time out!’ He says, ‘Hey Woods, Charlie Parker did not play this music for black people. He played it for everybody in the world. It was his gift. And you can’t steal a gift. And if you can hear it, you can have it. But get your act together.’ You know what I mean? That’s, whoa. I listened.”

And Gillespie knew how to select some of the greats. Lee recalls studying jazz in Philadelphia and touring with bands led by drummer Max Roach and pianist McCoy Tyner. He later joined Gillespie’s band full-time after playing a Memphis gig without any rehearsal. Years later, he’s at the forefront of keeping the Gillespie tradition alive.

In 2016, Aretha Franklin sat on a comfortable couch at her 72nd birthday party surrounded by Denzel Washington and Clive Davis as she listened to the Dizzy Gillespie All-Stars. On Thursday, February 26 at 7:30pm, you can turn on your media device of choice and do the same.

Visit the South Orange Performing Arts Center virtual ticket link to purchase tickets to the Dizzy Gillespie All-Stars. Tickets are $10 and they’re free to SOPAC members. And it’s a fantastic opportunity to support one of our local arts organizations.