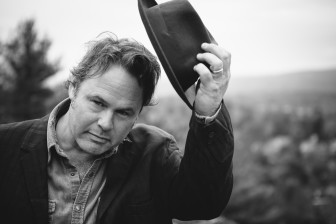 Critically-acclaimed “New Folk” singer Martin Sexton will perform at the South Orange Performing Arts Center in a return engagement. A prolific and remarkable songwriter and performer, his songs are intricate and spirited covering the American musical landscape distilling Soul, Gospel, R&B, Country and Blues. His performances are dynamic and bursting with depth and have earned him a devoted following among fans, peers and critics alike. Martin comes to SOPACSaturday, March 19 at 8 p.m.  Tickets are $38-$58, and can be purchased online at SOPACnow.org, or at the box office at (973) 313-2787.

Martin was one of the most talked-about arrivals on the “New Folk” acoustic music scene. The guitarist, singer, and songwriter has an amazing vocal range and makes effective use of it on his recordings and especially in his live shows. His vocal style can be described as truly soulful, combining the best qualities of singers like Van Morrison, Al Green, Aaron Neville, and Otis Redding.

Born into a family of 14, Martin is a self-taught guitarist. He played in a number of garage bands during high school, but left rock and roll, and upstate New York for Boston and the coffeehouse scene. He quickly gained attention and began to tour around the country. Remarkably, he sold 15,000 copies of his first self-recorded album- on a cassette tape.  In 1994 he won the National Academy of Songwriter’s Artist of the Year.

Fans claim that Martin Sexton’s songs inspire them to make a change, go cross-country, and follow their hearts; to see a crowd at a Martin Sexton concert is to witness a cross-section of America.