The Village Green May 9, 2015
0 FacebookTwitterPinterestEmail 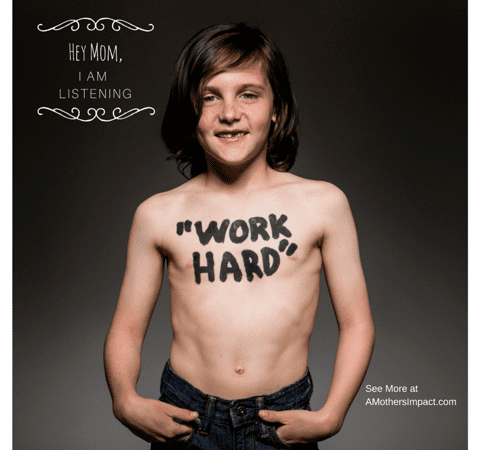 Ask any mom with an active son and they will likely express that sometimes, they’re not sure anyone’s listening. Like other moms, South Orange-based photographer Yasmeen Anderson spends plenty of time doling out life advice to her children, wondering if it sticks—or if it’s even heard at all. But she can report good news! Not only do a mother’s words reach young boys, they stick with them as they grow up.

Through an photo series entitled “A Mother’s Impact” shot in anticipation of Mother’s Day 2015 and currently viewable at amothersimpact.com, Anderson explored how a mother’s words and actions have impacted their sons. As young children, what do they hear? And as grown men, what do they remember? And how does it shape what matters to them? Shooting and interviewing 16 boys and men over a 9-day period, Anderson got some incredible answers. 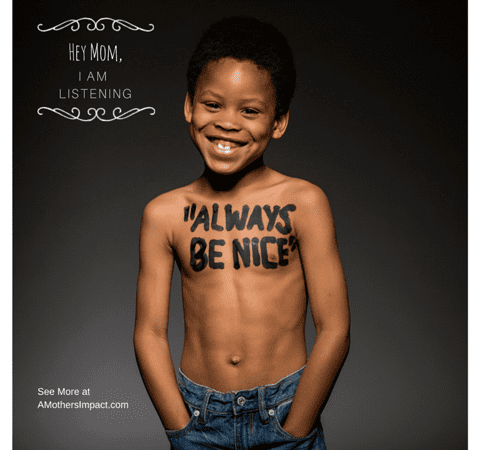 Thanks to his Mom, one 8-year-old boy said he remembers to “Keep Smiling” since it is a way to be healthier, helps you stay positive and is contagious. A subject in his 20’s spoke to his quiet aspirations to be a “Simple Kind of Man,” following his mother’s sage guidance. A 30-year-old man remembered getting out of chores by bribing his mother not with money, but simple pleasures like popcorn and foot-rubs. 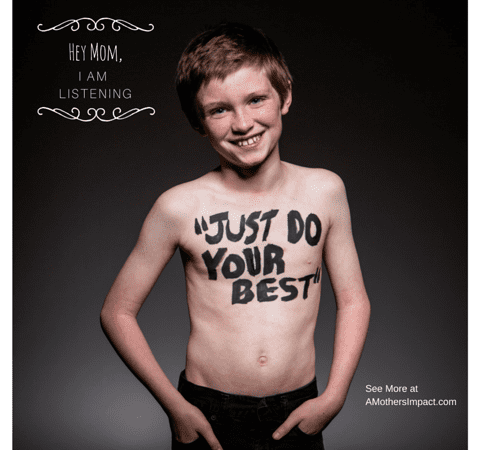 Former Giant and current Canadian Football League player David Caldwell’s mother always told him to “Be the best you” which has been the foundation of his hard work reaching the NFL despite numerous obstacles. Even more importantly, it’s the basis for his foundation and lifestyle movement OHGI, which encourages people to dream big and have the drive to turn that dream into a reality. 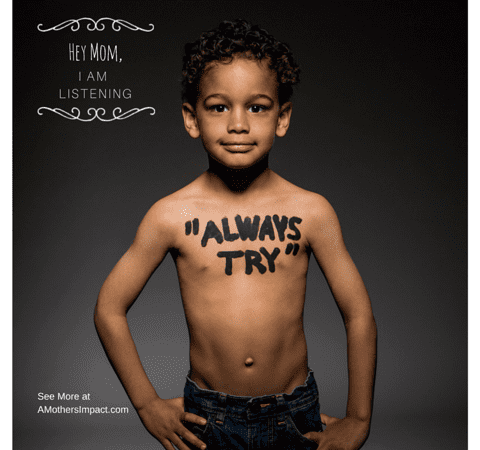 “I was amazed at how easily they came up with the quotes, even the youngest boys,” said Anderson. “Some of the men became visibly emotional when talking about their moms and the impact their words had on them.”

“All of this was clear evidence to me that moms everywhere are succeeding,” added Anderson. “It may not seem like anyone’s listening—but they are!”

A Mother’s Impact is comprised of 16 photographs of 8 adult men and 8 young boys, aged 6-10. Photographed over a period of 9 days, the boys are residents of South Orange, Maplewood and neighboring towns.

For more information, the public can visit https://www.yasmeenphoto.com or contact Yasmeen Anderson directly yasmeen@yasmeeenphoto.com or 917.575.2984.