The Village Green May 10, 2015
0 FacebookTwitterPinterestEmail 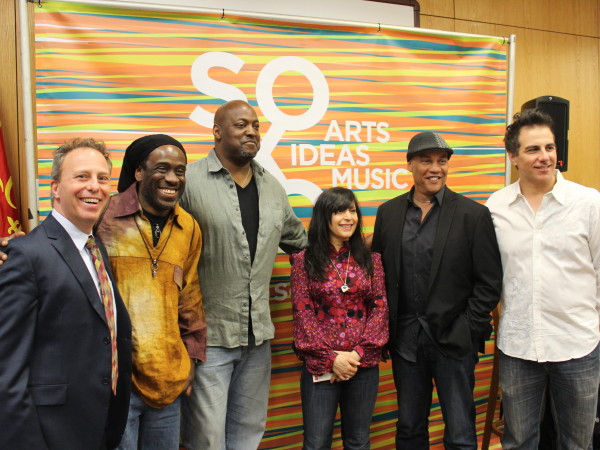 South Orange is getting a new festival, and it’s a doozy.

The festival, featuring 12 creative and interactive sessions, 15 musical performances, and a “Creative Midway” of unique participatory happenings and community arts projects, is designed to exploit the astonishing variety of creative talents in, from and coming to South Orange.

South Orange Trustee Stephen Schnall, who has spearheaded the festival, was clearly energized and excited at its announcement on Wednesday, May 6 at Seton Hall University.

“I’m nervous because I really care about the Village of South Orange,” said Schnall. He explained that the idea for the festival — the inaugural year of which is being dubbed “Creative Collisions” — came from hearing Dean Michael Zavada of SHU’s College of Arts & Sciences explain the concept of STEAM, which is STEM (Science, Technology, Engineering and Mathematics) combined with Arts.

Schnall said that the idea of “collisions” was not the kind taken care of by Geico, “but the kind that this community embraces.” Schnall noted, “creative entrepreneurial people are coming [to South Orange]. How do we satisfy that population?” He said that the festival would include artists and coders working in tandem, fulfilling and exploring the concept of STEAM — as well as discussions, forums, performances, group art projects, networking and more.

Also attending the announcement were musician Mike Griot, a former long-term South Orange resident and festival participant, who explained that the “collisions” will also include varying musical styles and promised that this festival would be “not the normal experience,” and Will Calhoun, drummer for Living Colour, who expressed his excitement that Seton Hall was involved in the festival as it underscored the importance of education in creative life.

Find out the latest updates and announcement related to SOxSO at www.soxso.org.

Click on any image below to see a slideshow of photos from Wednesday’s announcement event.