Watershed Literary Events presents: A Reading with Theresa Burns, BJ Ward, and Tamara Zbrizher on May 22 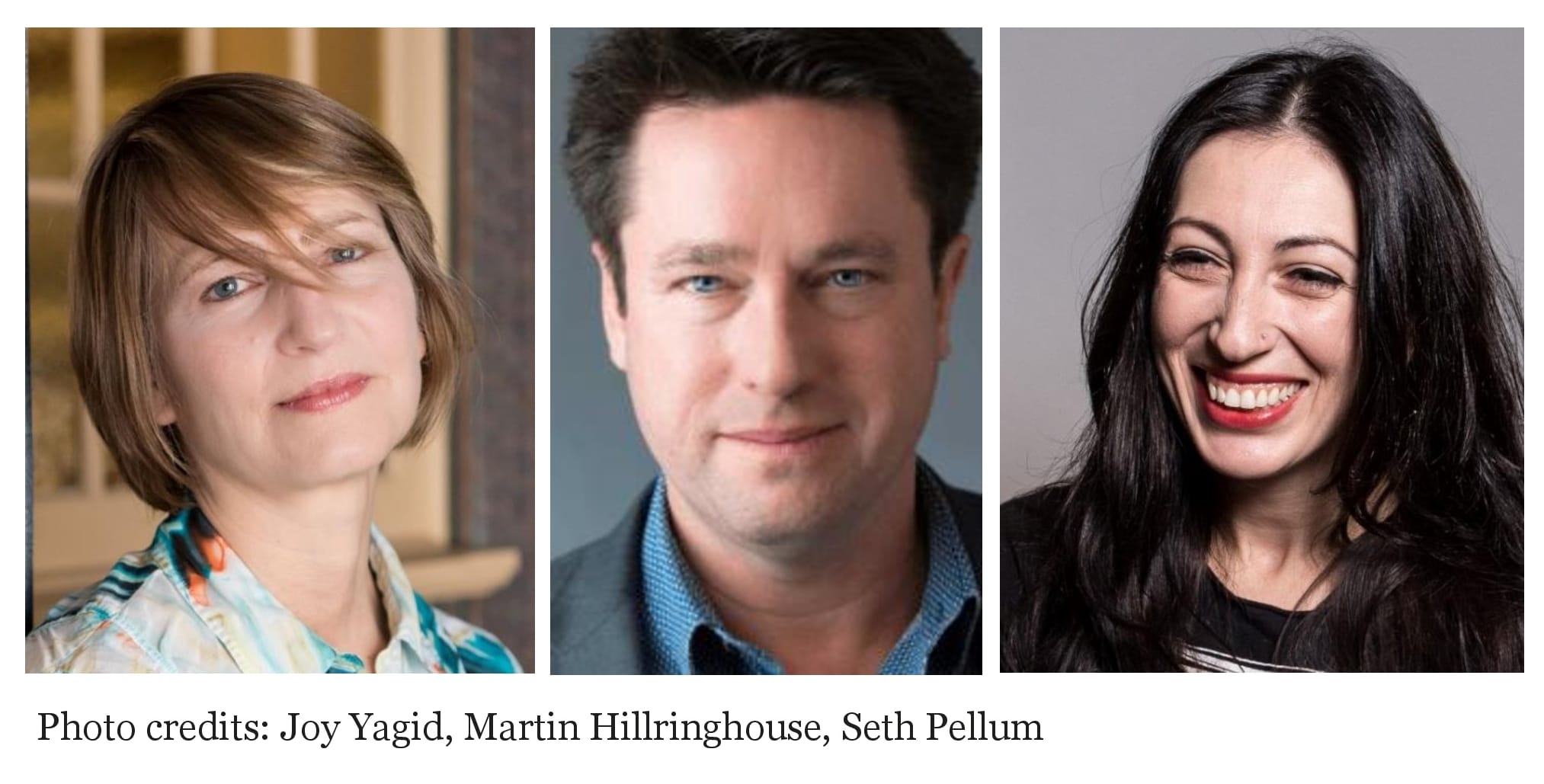 Watershed Literary Events, the spoken-word series sponsored by the South Orange Department of Cultural Affairs will feature poets Theresa Burns, BJ Ward, and Tamara Zbrizher on May 22 at 3 pm. The event will be in-person for the first time in two years at the Skate House in Meadowland Park in South Orange. This event is free.

Longtime South Orange resident and founder of Watershed Literary Events, Theresa Burns’ debut full-length collection of poems, Design, is just released from Terrapin Books. Vermont Poet Laureate Baron Wormser describes Burns as a “daughter in her fashion of all-encompassing Walt” who “revels in the whole of the tuneful yet muddy yet encouraging yet saddening drama Walt was so keen on—living.” She is also the author of the chapbook  Two Train Town. Her poetry, reviews, and nonfiction have appeared in The New York Times, Prairie Schooner, New Ohio Review, JAMA, The Cortland Review, Plume, SWWIM, and elsewhere. A Pushcart Prize nominee, she has been short-listed for the New Jersey Poet’s Prize and the Allen Ginsburg Poetry Prize. Read more about her at theresaburns.org.

BJ Ward inspires audiences young and old with his passion for storytelling and poems that live halfway between heartbreak and humor. The Star-Ledger has named Ward one of the “10 Dynamic Jersey Artists Not Named Springsteen” who are making a difference, citing his poetry’s “music and physicality.” Ward is the author of Jackleg Opera (North Atlantic/Random House), which received the Paterson Award for Literary Excellence. He is the recipient of a Pushcart Prize and teaches at Warren Community College. He has also taught at The Frost Place Conference on Poetry and Teaching and the Moravian University Writers Conference. He recently finished co-editing The Not Yet Fallen World, the posthumous New & Selected Poems of Stephen Dunn, to be published in May by W.W. Norton. His web site is bj-ward.com.

Tamara Zbrizher immigrated with her family to Elizabeth, NJ, from Ukraine when she was 11. Her poetry emerges from her various identities, reflecting her Jewish roots – she is a third generation Holocaust survivor – to her contemporary experience in America as a young single mother. Zbrizher’s work has been published in numerous literary journals and anthologies. She has been nominated for a Pushcart Prize and a Best of the Net and is the recipient of the 2021 New Jersey Poets Prize. Her debut full-length collection Tell Me Something Good was released by Get Fresh Books in 2019.

Watershed was founded in 2019 and hosts four readings a year, featuring both established and emerging writers with a connection to New Jersey. 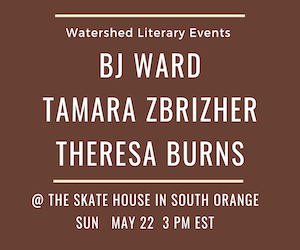