A manhole cover exploded in downtown South Orange Friday afternoon, leading to the closure of South Orange Avenue and substantial traffic delays, but no injuries, according to police. 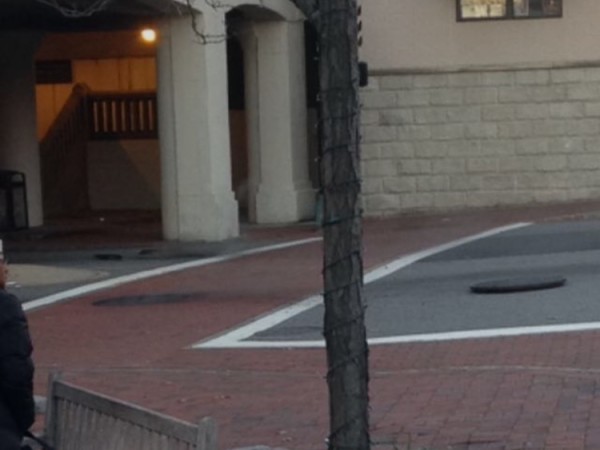 “There was an underground electrical explosion,” said Chief Kyle Kroll in an email. “The Fire Department has been handling it [and is] working in conjunction with PSE&G at this time. The Police Department is handling the traffic control in and around the affected area which is Sloan Street and South Orange Avenue. This has affected both east and west bound traffic on South Orange Ave making it impassable at this time.”

The explosion happened at around 4:15 p.m., and many South Orange Middle School students were in the immediate area. One eyewitness said a group of middle schoolers were crossing the street at the time of the explosion. Kroll confirmed there were no reported injuries. 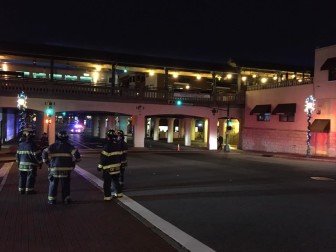 Asked if there was any connection between this incident and previous gas leaks in South Orange, Kroll said, “We do not believe there is any connection at all. That being said the Fire Department and specifically Chief Sullivan will make that future determination. Again, I believe this to be a specific and isolated electrical issue at that underground location.”

The South Orange Fire Department responded to a telephone report of an apparent explosion and associated fire at a street level manhole location on South Orange Avenue near the intersection of Sloan Street [at 4:14 p.m.]. Investigation on arrival found that an underground explosion had occurred in two street level manhole locations which housed various types of electrical wiring and electrical transformer equipment. Local utility provider Public Service Electric & Gas Company responded immediately to assess the situation and take the necessary actions to stabilize the situation. Numerous units from the Electric and Gas Divisions were on scene. After investigation, it was determined that the cause of the explosion beneath the road surface was due to electrical malfunction. There was no natural gas involvement. Several intersecting roadways were temporarily closed by South Orange Police and traffic diverted for approximately two hours while utility workers and emergency service personnel worked to stabilize the scene. Several area stores were evacuated as a precautionary measure in the early stages of the incident in the interest of public safety until such time that the situation could be stabilized; those establishments resumed their normal operations at approximately 5:15 PM.

All roadways in the vicinity of the incident were restored to normal traffic flow at approximately 6:15 PM.