Cornbread, a new restaurant first slated to open this fall at the former B. Hathaway’s spot at 1565 Springfield Avenue in Maplewood, is now on track to open in the spring, according to Maplewood Mayor Vic DeLuca.

“Contractors are in the building doing demolition,” DeLuca reported on October 10. “The new opening date is scheduled for the spring of 2017.”

“The restaurant will pay homage to my cross-cultural heritage,” said Bayoh in an email to Village Green last spring. “I wanted to establish a place where people who love authentic comfort food can come and know that their meals are made with the highest level of integrity and sustainability. We will source our meat, fish, and produce from small-production, family owned farms including those that participate in Maplewood’s Farmers Market. We want to cultivate a true ‘farm to soul’ experience for the Maplewood community.”

Bayoh has taken notice of the resurgence of the eastern end of Springfield Avenue — which includes the new 235-unit Avalon Bay housing development, a Wawa convenience store and filling station and the new Maplewood Diner — and she wanted to be  a part of it.

“I was already acquainted with Maplewood as a developer and I have relatives that reside there, so I’m very familiar with the area and I’m a big fan of their unique and progressive culture,” she said. “It’s a vibrant and diverse place that really reflects the values that we’re working hard to establish at Cornbread.”

Bayoh believes the location is an ideal spot for a restaurant that will have a strong connection to the local community. 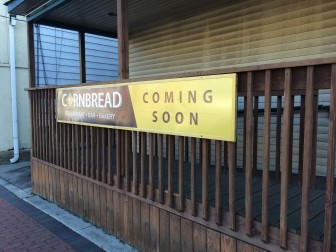 Bayoh is the founder and CEO of Adenah Bayoh and Companies and has developed and owns IHOP franchises in Paterson and Irvington, New Jersey. Her company has a portfolio of over $225 million dollars in urban redevelopment projects.