Whole Foods Millburn-Union has donated a $500 gift card to the Our Lady of Sorrows Food Pantry at the request of a Maplewood resident who had been detained by store security personnel for inadvertently neglecting to pay for some cheese she had left in her cart — an incident that snowballed into a public relations nightmare for the grocery chain.

Kate Cahill, OLS food pantry coordinator, reported the donation on the Swap SOMa Lounge Facebook group on Thursday. She commended Marge Dooley, the senior citizen at the center of the controversy, for declining the gift card and suggesting Whole Foods give it to the pantry instead.

“This was an incredibly generous gesture on your part, especially after such a difficult experience,” wrote Cahill. “I’m sorry you had to endure that but your gift will be well spent in preparation for our Thanksgiving distribution.”

On October 4, 70-year-old Dooley was stopped as she exited Whole Foods after she purchased about $60 in food items and unwittingly left some cheese in her cart that had not been through checkout.

Dooley was questioned by store security personnel, photographed and told she was banned from all Whole Foods stores in the tri-state area.

Posters on social media locally and nationwide lambasted the store’s treatment of Dooley and its security policies in general. Company representatives later fired the firm that handles security for the Millburn-Union location and apologized to Dooley, offering her flowers and a $500 gift card, according to TAP into SOMA.

Dooley declined the gift card and instead requested the company donate the card to the food pantry.

The Village Green reached out to Michael Sinatra, Public Relations & Public Affairs Director for Whole Foods Market – Northeast Region about the donation but has not yet received a response. 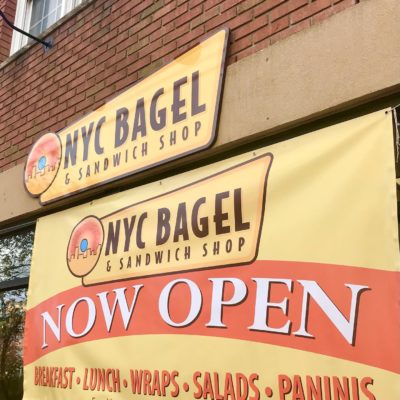