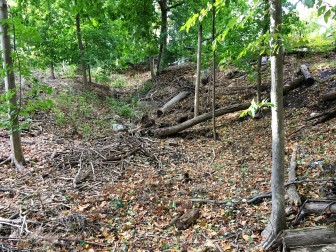 Spurred by a 91-year-old WWII Veteran and longtime Maplewood resident, a local Boy Scout Troup pitched in to clean the “Durand Gully.”

It all began when 50-year-resident Maurice Briefer approached the Maplewood Township Committee for help in cleaning the gully, behind his house on Warner Rd. Briefer was told because it was private land, the township couldn’t do anything.

Resident Mike Summersgill heard Briefer’s request at the TC meeting and reached out to the local Boy Scout Troop 5. He coordinated with Scoutmaster Roger Brauchli to line up scouts for a clean-up day, and secured the donation of equipment, a truck, and dumpster from Dave Kasdan of Kasdan Construction & Management. 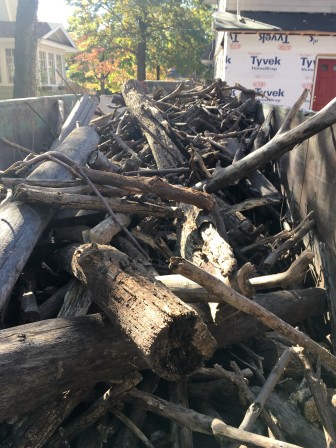 Briefer, who was a Boy Scout in Jersey City 70 years ago, was thrilled the Scouts were going to help, said Summersgill.

On a recent weekend, a crew of ten scouts worked to clear the 40 years of debris from the Gully. Briefer worked alongside the young scouts and shared his experiences. “He covered his service in two theaters in WWII, scout camps, love of tennis, and history of the town,” said Summersgill. After nearly four hours and many truckloads of stumps, concrete, stone, and branches, the job was complete.

“As a former Scout, I knew once I connected with Troop 5, the job would get done,” Summersgill said. “I am extremely appreciative of their help. We also couldn’t have completed the clean up without Kasdan Construction’s donation of the truck and dumpster. Overall, a great day.” 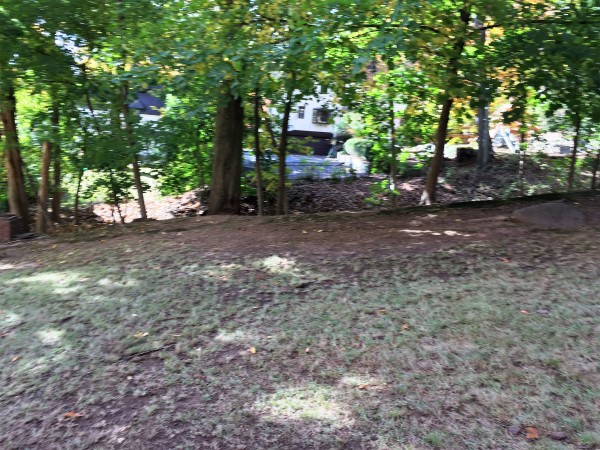