Photos by Rachael Metka, of the Maplewood Environmental Advisory Committee.

After being cancelled last year due to COVID-19, Maplewood’s annual Rahway River Cleanup made a resounding comeback on Saturday, April 24.

Volunteers trekked through the river with rain boots, trash bags, and plastic gloves, picking up garbage on the banks and in the water. Overall, volunteers cleared the entire river from Memorial Library to the South Orange border, filling two medium-sized garbage trucks with recovered litter. 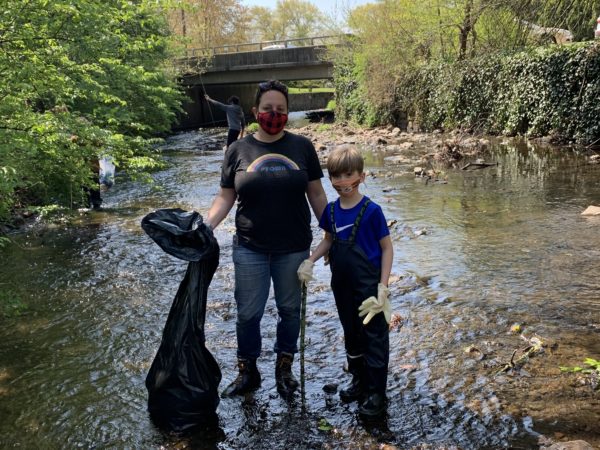 For many volunteers, including a mother and her 6-year-old daughter, participating in the River Cleanup was a simple yet meaningful way to take care of their community. When asked why they came out to help, the mother shared, “A couple weeks ago, we went to a beach area and there was a lot of trash. [My daughter] was like, Mommy, I wanna clean up the environment one day. So I was like, okay, let’s go to the River Cleanup!”

Another volunteer explained that she decided to help out after hearing about the cleanup from Columbia High School’s Environmental Club. In addition to taking care of their communities, she expressed that there are many simple ways residents can minimize their carbon footprints: “they can reduce plastic waste, compost, and recycle.” 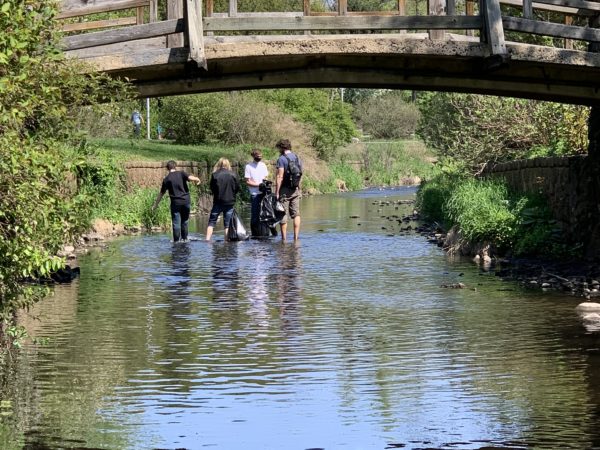 While these steps may seem inconsequential in light of the enormity of the problem of climate change, embracing small changes in daily routines has proven to truly benefit the environment. For instance, Maplewood banned single-use plastic bags at all retail establishments in July 2019, and is now seeing a significant decrease in plastic use and litter.

Cleanup organizer Bob McCoy explained, “There was a remarkable decline in the number of grocery bags in the litter we picked up compared to before the bag ban went into effect. In the part of the river that I worked I can’t remember finding any, where in the past there were always some.” 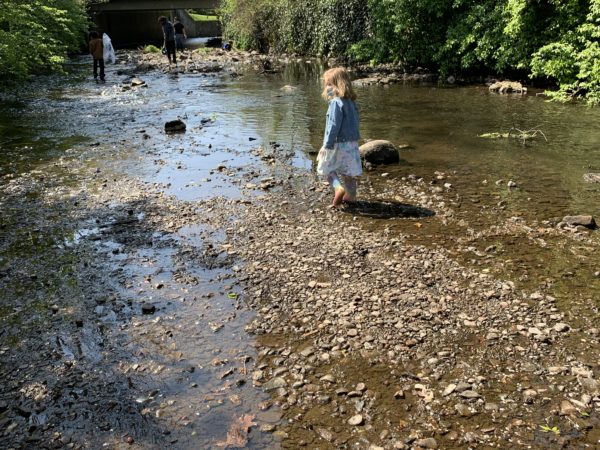 According to a volunteer organizer, the annual river cleanup is “part of the whole movement for climate change, and cleaning things up.” He continued, “I heard a great quote from Neil deGrasse Tyson, he says: ‘instead of going to Mars, why don’t we turn Earth back into Earth again?’ I like it.” The organizer explained that while influential figures such as Elon Musk advocate for humans to inhabit other planets, he’d rather “put all the work in here.” Especially because, as he adds, “we haven’t even explored our oceans!”

Beyond implementing their own climate-conscious routines at home, community members can volunteer at the 10th annual South Orange River Run on May 2, from 11am-3pm. Participants should check in at the Skate House on the duck pond off of Mead Street, and are encouraged to wear close-toed, water-resistant shoes.