The Pride flag was raised in front of South Orange Village Plaza on Wednesday, in celebration of Pride month, with members of the South Orange Board of Trustees, Maplewood Township Committee, and South Orange-Maplewood School Board of Education members in attendance.

South Orange BOT member Bob Zuckerman mentioned the events planned to celebrate Pride month, but also noted actions of protest can that be paired along with the activities. While noting that the two towns had an incredibly diverse local government inclusive of LGBTQ representation, he also pointed out the number of states that still denied LGBTQ people the right to adopt and freedom from discrimination. 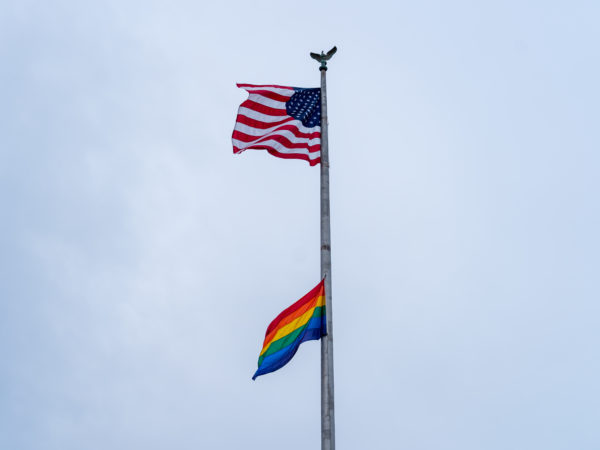 South Orange Village President Sheena Collum and Maplewood Mayor Frank McGehee echoed Zuckerman’s recognition that there is much to celebrate, and that there was still much work to do. Maplewood Deputy Mayor Dean Dafis drove that point home by telling the crowd that just that day in Maplewood, someone muttered under their breath ‘f***ing fag’ to him. 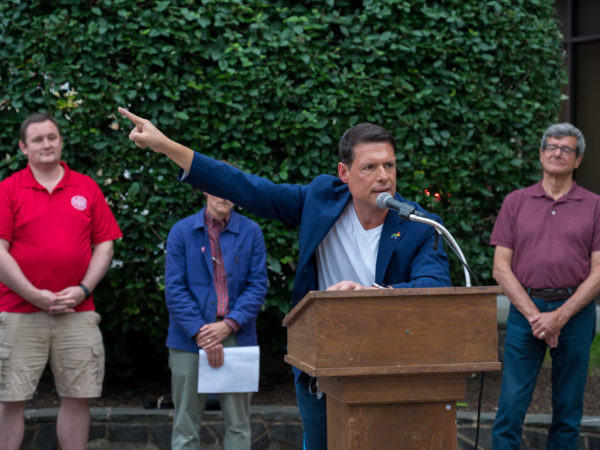 The event ended with the raising of the pride flag with a little help from South Orange Fire Department’s ladder truck. 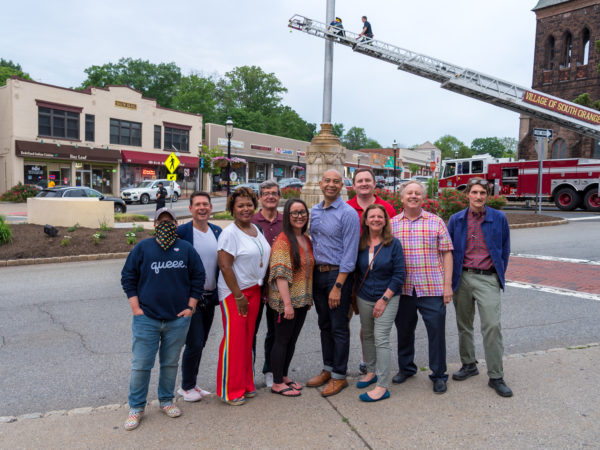