“We are leading the movement to protest the Republican frontrunner at AIPAC’s conference because we feel compelled to stand on the other side of a great moral divide, in solidarity with those Trump has routinely denigrated: our Muslim, Mexican, Latino, immigrant, female, disabled and LGBTQI brothers and sisters,” wrote Olitzky and Rabbi Michael Knopf, rabbi of Temple Beth-el in Richmond, Virginia, and a Rabbis Without Borders fellow.

The AIPAC Policy Conference is a major annual gathering of politicians and Jewish leaders. AIPAC traditionally invites all the presidential candidates in election years to the conference.

While writing that their “protest is not a criticism of AIPAC,” Olitzky and Knopf say that, when Trump takes the stage at AIPAC, “we plan on walking out, joined by hundreds of other rabbis and conference participants.” 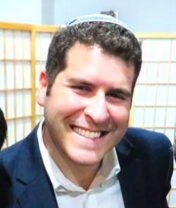 “This protest, which we both helped to organize, is not about party, politics or policies. Rather, it is about our tradition’s insistence that ‘silence is tantamount to consent’ (Babylonian Talmud, Bava Metzia 37b). We want to send a clear message that we stand against the bigotry and vitriol that has become central to the Trump campaign. We cannot stand idly by and condone such bigotry. We cannot risk sitting through a speech when doing so might give the appearance that we consent to the hateful tenor at the core of his candidacy.”

They add that Trump’s “openly xenophobic, Islamophobic and misogynistic remarks, both prior to and during this campaign, are hurtful and beyond the pale of tolerable rhetoric in a decent society” and that they believe many of Trump’s views, words and actions “are anathema to Jewish values.”

The two rabbis report that they will not respond to “hate with hate.” Rather, they “intend to respond to hate with Torah” and will gather outside the conference to learn Torah with others who protest Trump’s appearance.

Read the full piece by Olitzky and Knopf here.

Haaretz is billed as “the world’s leading English-language Website for real-time news and analysis of Israel and the Middle East.”