South Orange and Maplewood residents gathered at Maplewood Town Hall this Wednesday, April 21 to reflect on the life of George Floyd and the trial for his murder, and the work that remains to be done. 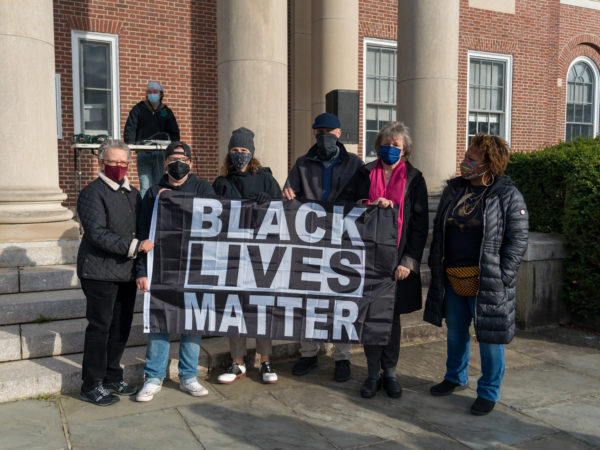 After a video was released last May revealing George Floyd’s murder at the knee of white police officer Derek Chauvin, a call for action against consistent police brutality, which disproportionately targets Black Americans, swept the country. Eleven months later, Chauvin was tried on counts of second degree murder, third degree murder, and manslaughter. He was found guilty of all three counts on April 20. For the first time in Minnesota state history, a white officer was held accountable for murdering a Black man. But as speakers at the memorial acknowledged, this milestone does not yet indicate justice. 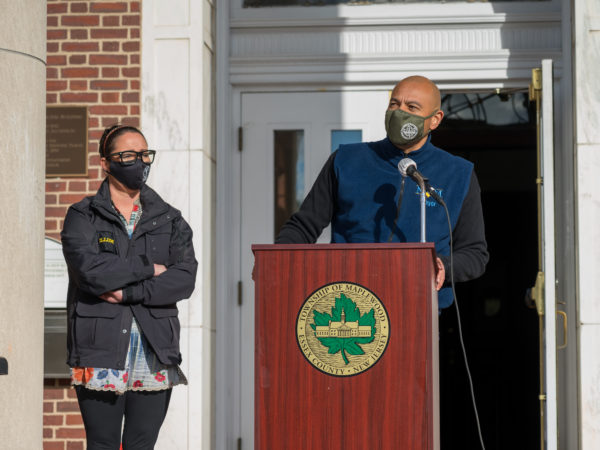 Mayor Frank McGehee commenced the memorial by reflecting on the “years of injustice for [his] Black and Brown brothers, sisters, and non-binary community” that led to this gathering. He stressed that despite the “multiple video footage from cell phones, dash cams, and body cameras” proving Chauvin’s guilt, Americans “still questioned if justice would prevail,” a bitter truth that has left many community members pondering what their next move should be.

In response, Mayor McGehee asserted that “we continue to fight.” This sentiment was shared by South Orange Village President Sheena Collum, who advocated for longer probationary periods for officers, civilian review boards with subpoena power, and significant changes in how law enforcement addresses “anti-racism, implicit bias, duty to care, duty to intervene, mental health first aid, and so much more.” 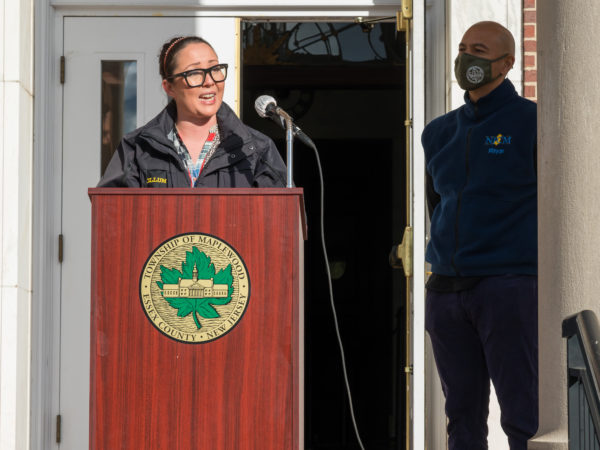 Reverend Norman said the continued fight for justice “is not quick, and no, it is not easy. But it is necessary.” Especially in a nation where, as Assemblywoman Mila Jasey noted, “more than three people every day have died at the hands of law enforcement” since Derek Chauvin’s murder trial began on March 29.

When asked why she attended the memorial, Cantor Moses said, “To me, the importance is in showing up. That’s what we’re supposed to do for our neighbors, for our friends, for people we don’t know. We are supposed to show up. So that’s why I came in.” Another attendee had a similar response: “We have to stand up. There’s more work to do. I think about the other three officers every day, and what will happen with them.” 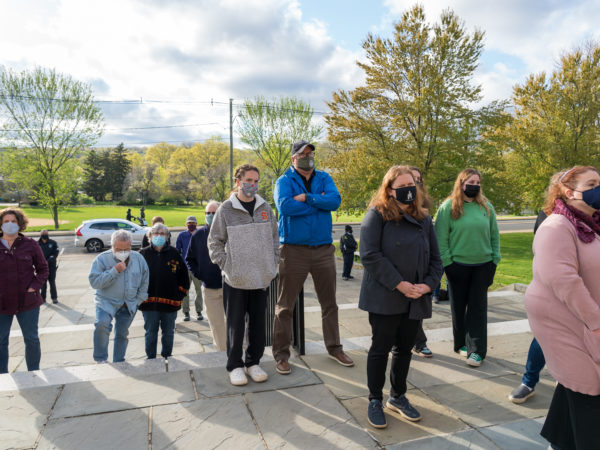 As was expressed by numerous speakers and attendees at the memorial, Derek Chauvin’s guilty conviction simply marks a start on the path of justice. In order to continue on this path, Reverend Norman emphasized the importance of treating one another with respect. “Justice begins with just actions,” she reasoned. “We make it stronger each time we…come together and recognize, once again, how much stronger we are together than we are apart.”